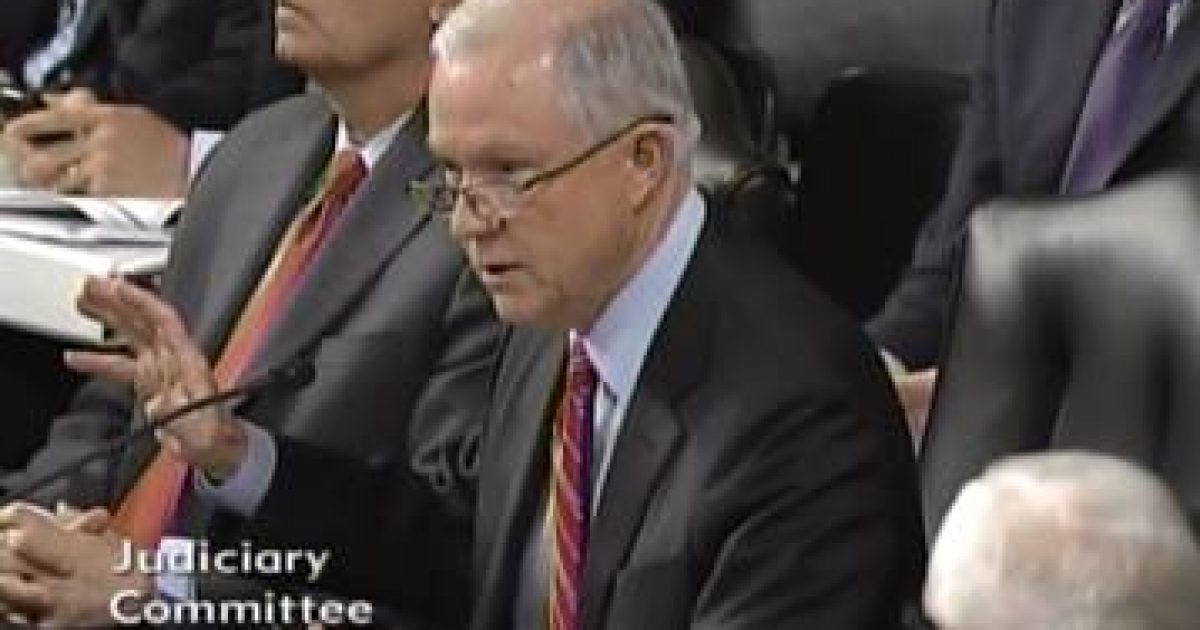 The leading opposing voice in the U.S. Senate against the ‘Gang of Eight’ immigration reform bill, Alabama Senator Jeff Sessions, has outlined that the bill as it is written, “will give 30 million, and probably more, green cards or permanent status” to illegal immigrants over the next 10 years.

Sessions contends that this 30 million does not include the “family-based and chain-based migration where caps have been removed,” which suggests that there could be an influx of more than 30 million illegal immigrants  that will be eligible for permanent status.

What is more disturbing is that Sessions says that his colleagues in the Senate have told him not to count the 11 million already here against that 30 million number.

The Gang of Eight has been meeting; I’m not sure they’ve considered these numbers. Certainly the American people [should not] expect that they have considered the impact on their wages and jobs and the unemployment situation in this country… And so now we’re talking about legalizing 30 million people? I think we need to ask ourselves: what will that do to working Americans who are already hurting?”-Senator Jeff Sessions (R-AL) (Video)

According to Sessions, the Congressional Budget Office (CBO) put out a 10-year economic forecast earlier this year, which outlined that the only 75,000 jobs per month would be created in the last five years of the forecast.


What this immigration bill will do is to legally allow U.S. businesses to hire lower-waged workers, which would drag down wages, and make it more difficult for American citizens to be able to compete for and obtain these jobs. Now throw in the CBO 10-year forecast into the mix, and the future American jobs creation outlook looks grim.

While the effort to change the badly broken U.S. immigration policy is commendable, the current bill proposed in the Senate is in fact a de-facto amnesty bill.