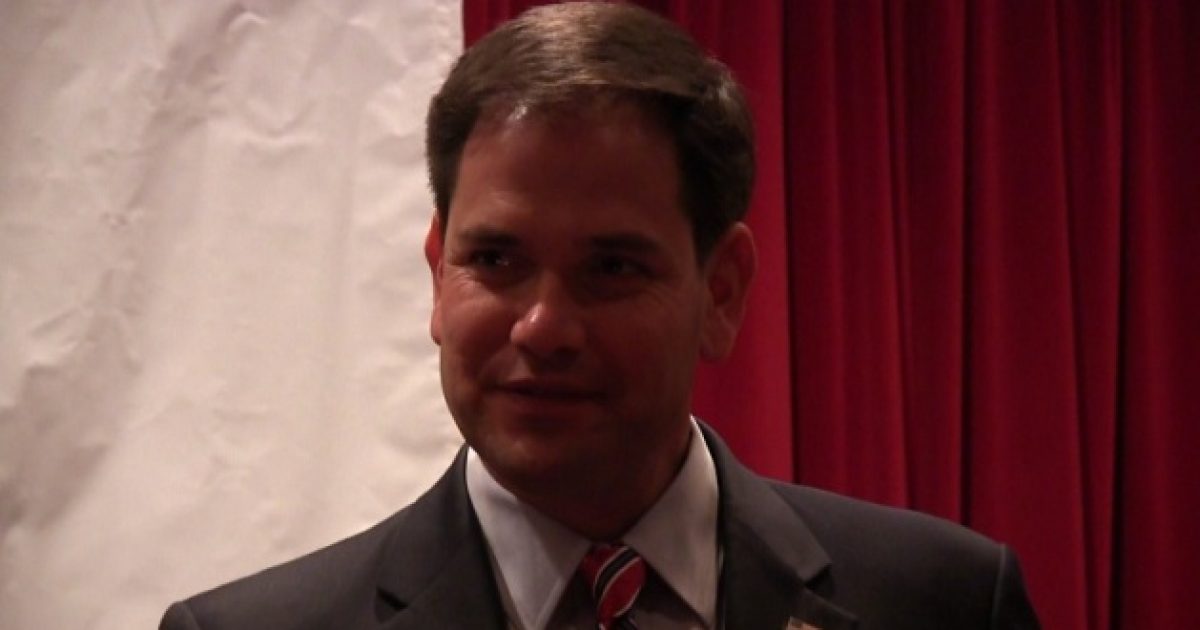 Senator Marco Rubio delivered strong warnings to a group of Republicans in Port St. Lucie, Florida,  about the country of Iran, the world leading state sponsor of terrorism. Rubio said that the country is only focused on becoming a “hegemonic power” in the Persian Gulf region.

Rubio warns that if Iran is allowed to control the Persian Gulf, in particularly the Strait of Hormus, and the regions shipping lanes and oil production, that it would “bring the world to its knees.”

Adding to that warning, Rubio says that Iran is “investing in missile technology and small fast boats for the sheer purpose of being able to inflict maximum pain  on the US Navy in that region.”

Their intentions are clear. they want to become a hegemonic power in that region, not just at our expense, but at the expense of the world. There is only one nation on earth capable of stopping that from happening, and that’s the United States of America.- Senator Marco Rubio

In discussing the radical Islamic threat, the junior Senator from Florida all but said that the fight needed to be taken to the Islamist wherever they may be, or “one day they will find themselves here.”

This war against radical Islamic terrorism may last for the rest of our lifetimes and unfortunately, maybe even our children. There is still evil in the world, and evil must  be defeated. The United States of America remains the only country on earth with the ability and the willingness to call evil for what it is, confront it, and defeat it.