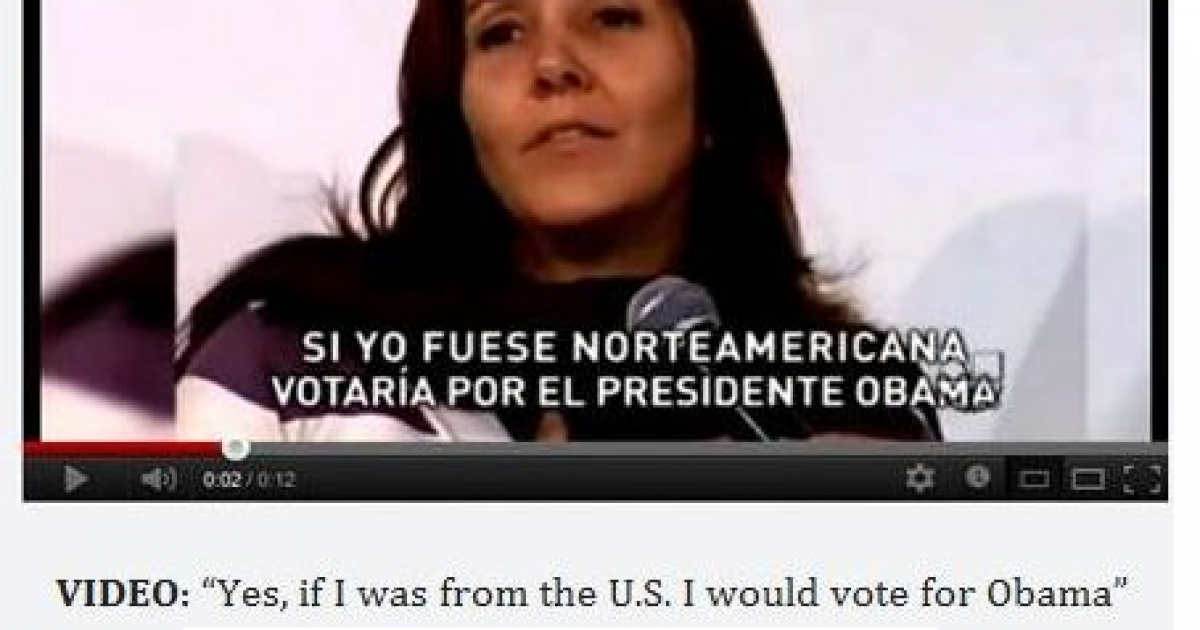 Say it ain’t so Barack? The Obama administration has granted yet another visa for Cuban Dictator Fidel Castro’s niece, Mariela Castro.

You may remember that Castro’s niece famously stated,  “I would vote for President Obama,” after the President came out of his political closet by flip-flopping on gay marriage. (Communist Cuba’s First Daughter)

Florida’s feisty Congresswoman Ileana Ros-Lehtinen, says that “Mariela Castro is the standard bearer for the oppressive Cuban dictatorship that has been wantonly violating people’s human rights for over 50 years. Ros-Lehtinen is appalled that the Obama adminstration would grant her another visa so that she can “proliferate the Castro propaganda machine.”

Castro’s visa was granted so that she can attend a gay rights event in Philadelphia, Pennsylvania, where she will  receive an award for her  LGBT issues activism.

Ros-Lehtinen points out that in Cuba, whether you are gay or straight, black or white, the Castro regime has equally repressed the human rights of all Cubans.

“While Mariela receives an award for LGBT issues, we must be reminded that there are no rights at all to speak of in Cuba for any Cubans, gay or straight, under Ms. Castro’s uncle and father. While the Cuban people continue to suffer under the repressive Castro patriarchy, Mariela and the rest of the Castro inner circle live a life full of luxury; a life that is non-existent to most Cubans. For a person like Mariela Castro to attend a conference on civil rights for lesbians, gays, bisexual and transgender people, and to receive an award, is shameful, pathetic and a ruse. The words ‘equality’ and ‘human rights’ don’t exist in the vocabulary of the Castro tyranny.

“The Administration needs to wake up to the grim reality that is the nightmare of everyday life for most Cubans, and it must start recognizing that the human rights abuses that occur on a daily basis in Cuba should be reprimanded, not rewarded.”