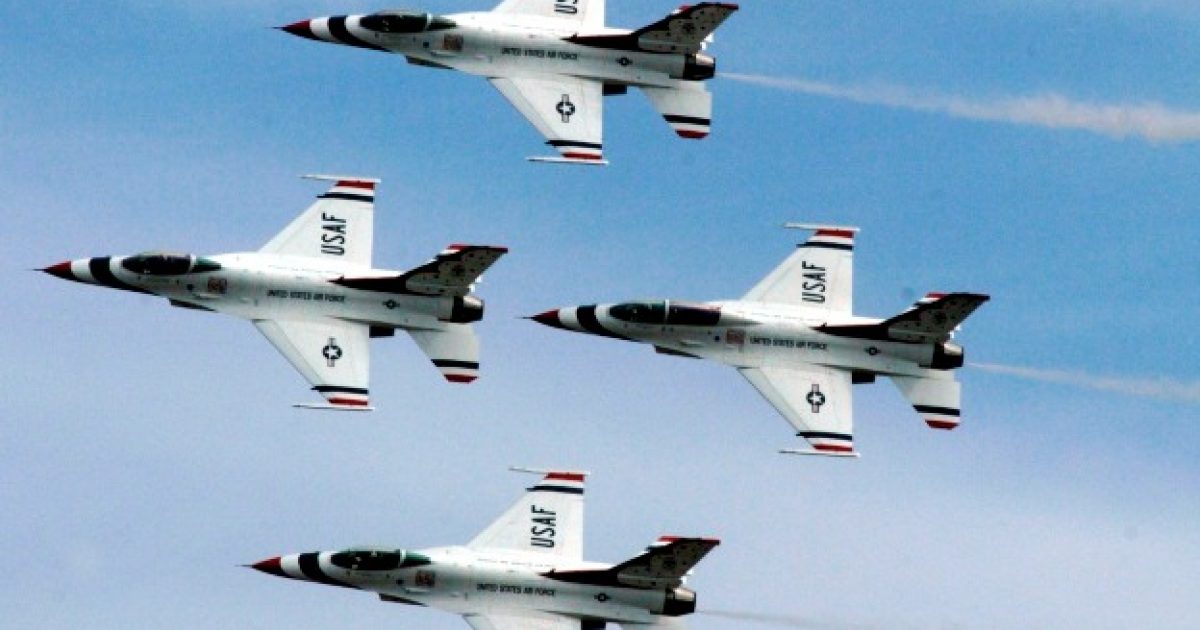 The Obama Sequester’s Mounting Economic Toll On the U.S. Economy

President Obama’s sequester continues to take a toll on the U.S.  economy, as more and more air shows around the country are being cancelled due to the lack of U.S. military participation. The economic prognosis for the remaining  air shows is grim, due to the absence of air show staples like the U.S. Air Force’s Thunderbirds and the U.S. Navy’s Blue Angels.

The U.S. military’s has grounded all of its air show teams as of April 1st, affecting two-thirds of the approximate 300 air shows held around the country.

According to the Pensacola News Journal, the president of the International Council of Air Shows, John Cudahy, says that about “60 shows have been cancelled, and he expects more cancellations as the season progresses and hope for restoration of the budget cuts fades. He predicted 15 percent to 20 percent of the shows won’t return next year, even if the military begins participating again.”

Aside from the fact that these air show-related small businesses are closing up shop because of Obama’s sequester,  the trickle-down affect of these poorly attended air shows is much broader.

Not only are the air shows themselves taking a huge economic blow, but the countless of air show vendors and  local small businesses, who rely on these air shows, will probably be the hardest hit. It is unclear how much local revenue will be lost as a result of cancelled and poorly attended shows.

Bob Anderson of Tallahassee is among those whose businesses have been hurt. For more than a decade, he and his wife, Sandy, have sold Blue Angels and Thunderbirds T-shirts and other apparel at shows. In a typical year, they go to more than 20 of them and sales surpass $250,000.

This year, they went to two shows before the teams ended their seasons on April 1. Anderson, who is back to doing carpentry and home repair, said the loss of business also affects others— he spends about $90,000 a year on shirts, printing, embroidery and other supplies.-PNJ