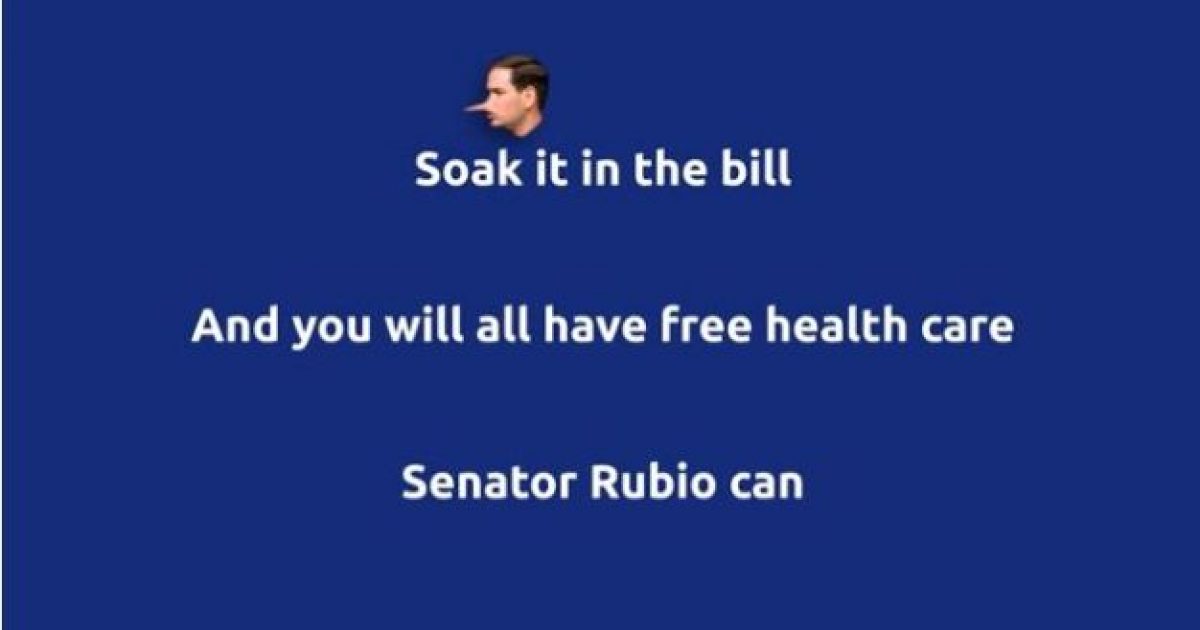 Marco Rubio Called “The Amnesty Man” And a Liar

Since Senator Marco Rubio unveiled his long anticipated immigration reform bill, many pro-legal immigration supporters have harshly criticized the bill as being nothing less than amnesty for illegal immigrants.

Rubio has pushed back and has countered his critics by trying to paint their immigration reform arguments as being mere “myths.”

Oliver, who  has been one of Rubio most outspoken critics since the Senator’s days in the Florida House of Representatives, personally met with Rubio in 2009 to discuss immigration reform. In a private meeting between the FLIMEN, some cut-rate reporter from the Shark Tank political blog ;), and Rubio, Rubio promised that he would not support any form of amnesty for illegal immigrants.

Oliver is obviously basing his video on that meeting, as he has openly stated that Rubio has changed his position on immigration since that meeting in 2009. Apparently there is a website name marcorubioamnestyman.com that will launch soon.