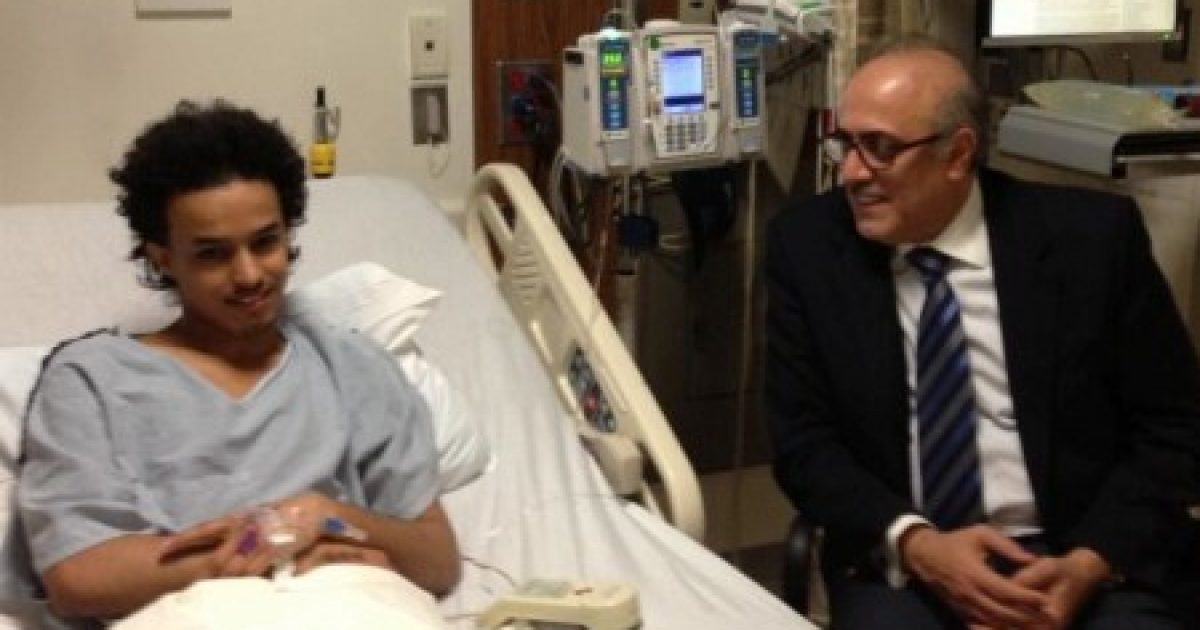 Apparently, “Arabic sources and Saudi papers” are confirming the “rumors” that the original “person of interest” in the Boston Marathon bombings, was visited by “the Obamas” as he recovered from the injuries he sustained during the bombings.

According to the Global Dispatch, “many of Al-Harbi’s clan are entrenched in terrorism and are members of Al-Qaeda as identified by the Islamic governments.

Out of a list of 85 terrorists listed by the Saudi government shows several of Al-Harbi clan to have been active fighters in Al-Qaeda:

Then you have Al-Harbi clan members in Gitmo:

There are specific Saudi clans that are rife with members of Al-Qaeda, which has fueled critics questions the hundred thousand student visas are issued to these and how ICE officials seem clueless to make the connection with the clans when it comes to terrorism.

The BBC reported Khaled Alharbi was married to the daughter of al-Qaida’s number two, Ayman al-Zawahiri. He reportedly appeared with bin Laden in a video praising the Sept. 11, 2001, attacks.

Another top al-Qaida operative is Adel Radi Saqr al-Wahabi al-Harbi, a Saudi national identified by the State Department as “a key member of an al-Qaida network operating in Iran.”

The State Department has offered a multimillion-dollar reward for the capture of Abdel Alharbi, saying he is an Iran-based al-Qaida facilitator who serves as the deputy to Muhsin al-Fadhl, who runsal-Qaida’s Iran network.

At a site called Sabq, Alharbi’s father talks about how a member of the Aldawsari clan – Ali Aldawsari – visited his son in the hospital. Remember what we wrote about Khalid Aldawsari here:

Take Khalid Aldawsari, a Saudi national. He is a student and an Al-Qaeda terrorist who planned to use weapons of mass destruction in the U.S., to include an attempted assassination of president Bush.Aldawsari was not a lone wolf; he was backed by an entire system. The wealthy and powerful Aldawsari clan, which includes the powerful Sheik Saud Bin Mut’ab who hosted a support group for the terrorist defending him publicly while funding his legal team.


Okay, the same prominent Saudi newspaper, that published photos of Abdul Rahman Ali Issa Al-Salimi Al-Harbi in the hospital after the Boston marathon bombings, is now reporting that the Saudi national was also visited by the first lady of the United States, Michelle Obama during his hospital stay.

The First Lady went to Boston Children’s Hospital, where she visited the medical and surgical intensive care unit.

Afterwards, she went next door to Brigham and Women’s Hospital to meet more victims and their families for more than an hour.

The visits were off limits to the media and came on short notice for security reasons.

If Abdul Rahman Ali Al-Harbi does have all of these members of his clan and family involved in terrorism, should he still be deported, even if authorities have not been able to pin any involvement in the Boston bombings? I know what you are thinking. What a coincidence it is that a Saudi national with alleged terror ties just happened to be in close proximity to an exploding terrorist bomb, right?