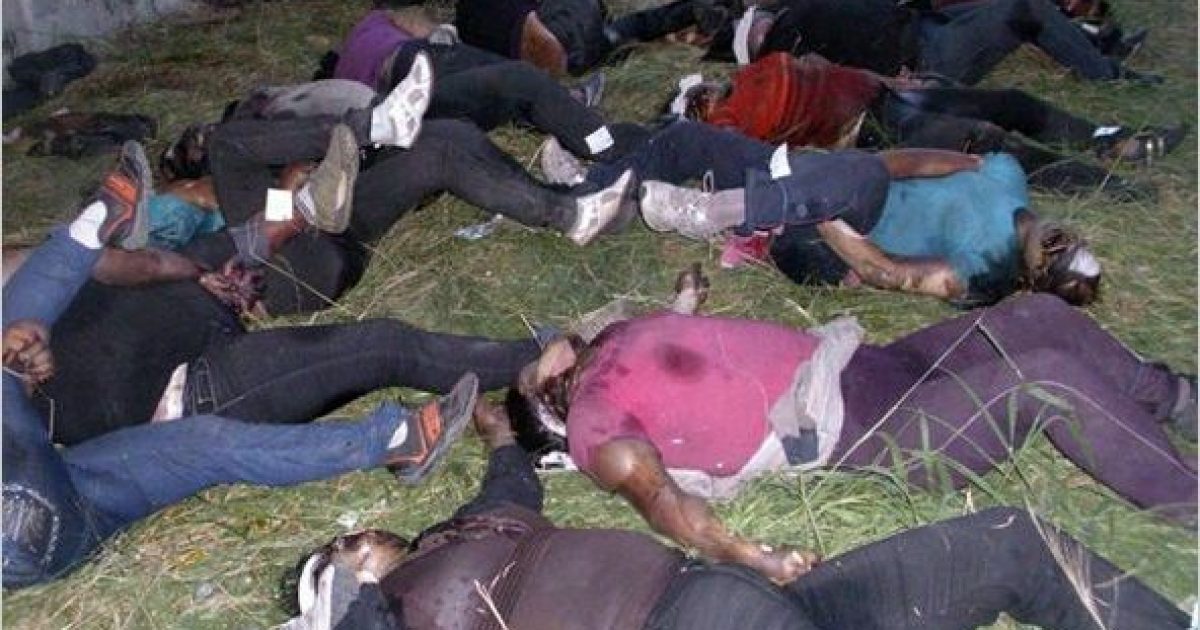 The recent immigration reform bill that was introduced by the bipartisan “Gang of 8” U.S. Senators, has all buck sucked the air out of the drug-related violence along the U.S.-Mexico border, including the violence that continues to ravage some of the interior sectors of Mexico.

The once dominating Sinaloa drug cartel, headed by Joaquin El Chapo Guzman, has now taken a backseat to the Los Zetas cartel, which is now arguably the “most powerful criminal organization in Mexico.”

Like the Sinaloa cartel, Los Zetas are a brutal and murderous bunch , who are responsible for countless crimes and gruesome murders, including human dismemberments.

A recent Univision investigation concluded that Los Zetas, as well as the other Mexican drug cartels, have dominated border drug smuggling operations into the United States, but the overwhelming amount of drug trafficking arrests by the U.S. Border Patrol and other agencies are not of Mexican nationals, but of Americans.

Three out of four arrested for possession and trafficking of drugs at border posts have American citizenship, revealed an analysis of official statistics obtained exclusively by the Center for Investigative Reporting (CIR) and Univision Investiga.

After analyzing more than 80 000 cases of drug arrests Border Patrol, the research found that four out of five cases of drug trafficking on the border, in which several people are involved, involving at least one U.S. citizen.

It seem as if the drug cartels have really smartened up with who they contract  as mules to smuggle in their U.S. bound contraband. According to one 54 year old American drug smuggler, in many cases “they (drug cartels) are looking for American people” who are “middle class” because this demographic is “less suspicious to the Border Patrol.”

The proponents of the new immigration reform bill hope that the tough border enforcement measures stipulated in the bill will help thwart these drugs being smuggled into the U.S., as well as help stem the drug-related violence that has reached far beyond the United States’ southern border.