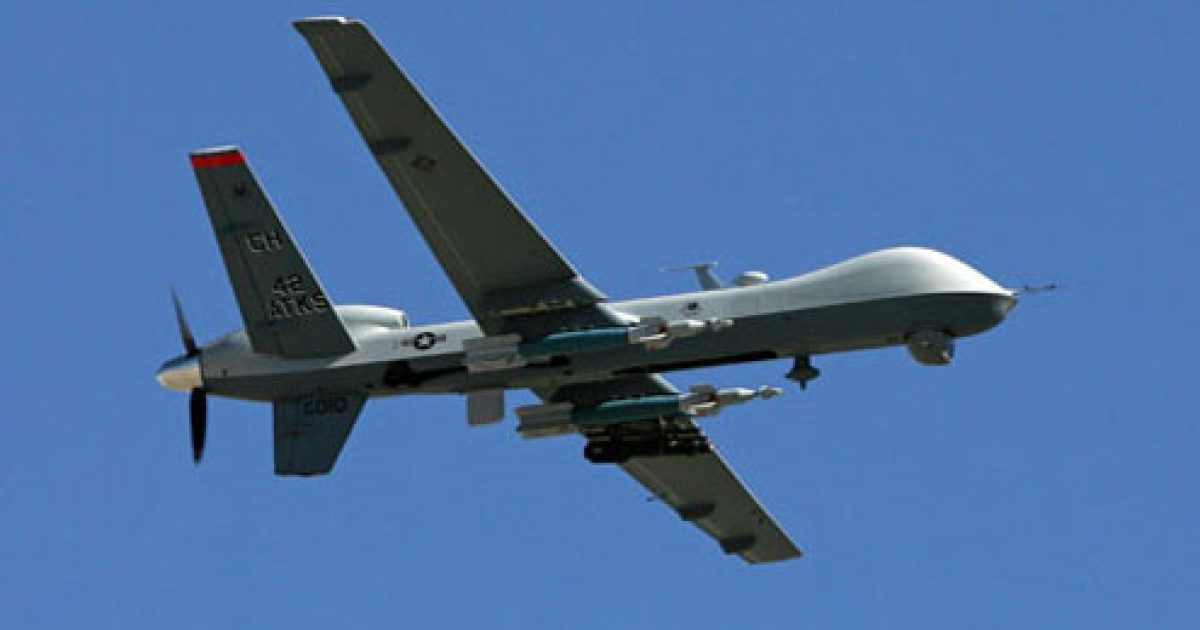 In an effort to strengthen border security, Senator Marco Rubio’s “Gang of Eight” immigration reform bill calls for the U.S. Military and its wide range of assets to be deployed to the border.

This is good, and its something that pro-legal immigration supporters have been asking the government to do for quite some time. But while the government beefs up security with the positioning of U.S Troops and Border Security agents at the border, it declaws the aerial surveillance component.

The Border Patrol and the U.S. Military will only be allowed to fly “unarmed unmanned aerial vehicles along the Southern border,” in addition to the “unarmed fixed-wing aircraft and helicopters” that will also be patrolling the border.

Of all places where drones should be allowed to fly armed is the Southern border, where countless of murders committed by drug cartels have occurred, including those of U.S. Border Patrol agents Brian Terry and Nicholas Ivie.


We have seen how effective armed drones and helicopters have operated overseas under the same kind of scenarios against terrorist, so why not have armed drones roaming the U.S.-Mexico border as a precautionary measure?

Here is what the bill says about the use of the U.S. Military on the border, and their “nature of duty”-

“With the approval of the Secretary of Defense, the Governor of a State may order any units or personnel of the National Guard of such State to perform operations and missions under section 502(f) of title 32, United States Code, in the Southwest Border AS13500 S.L.C. region for the purposes of assisting U.S. Customs and Border Protection in securing the Southern border.”

4) Deploy and provide capability for radio communications interoperability between U.S. Customs and Border Protection and State, local, and tribal law enforcement agencies 5) Construct checkpoints along the Southern  border to bridge the gap to long-term permanent checkpoints