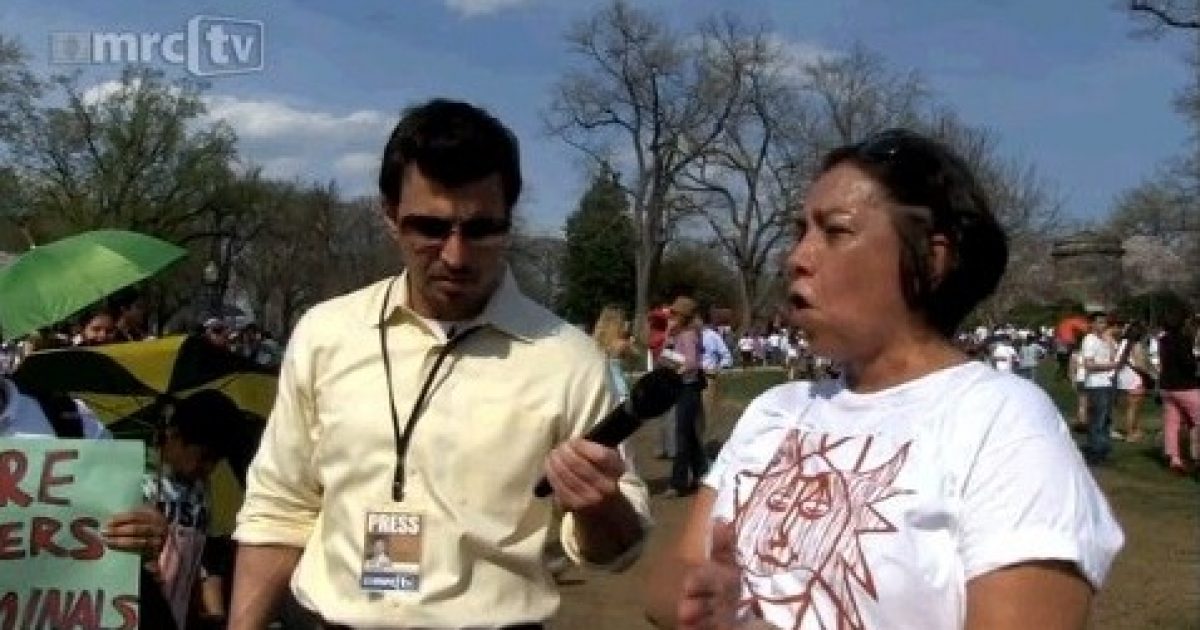 Unreal: “The parents watch Univision and think Marco Rubio is against them”

Via the Media Research Center, a revealing bit of video, and a particularly bracing piece of evidence of what I call “The Latino Matrix”.

Allahpundit’s headline and post aptly describe the video in sum, and he’s dead-on in his assessment that immigration will remain a wedge no matter the outcome of any of the current legislation before us. However, I would like to focus specifically on what happens at the 1:30 mark. As the interviewer approaches a group of protesters of Colombian origin, an activist comes over and helpfully explains the anti-Rubio animus behind the D.C. protest.

In a matter of 65 seconds, our activist friend gives us an entire summation of the ongoing campaign to delegitimize Marco Rubio (and by extension, all Hispanic conservatives). To wit:

Never mind that many of the parents had no idea who Rubio was, or that the overseeing activists either concealed or lied about the origin of the hand-made signs (“Look, the social worker just gave it to us”. The guy from CASA just kept his mouth shut, and the anti-Rubio lady outright lied by saying that the protesters hand-wrote them). The purpose of this pressure campaign is to get Rubio either to submit to “the whole enchilada”, or to alter the bill to the point where Rubio has no choice but to walk away, thus giving the Left/Media/Professional Latino complex additional new grievances with which to attempt to impeach his Hispanic authenticity (and disqualify him from 2016 and beyond).

Incidentally, many of the interviewed were from Washington D.C.’s Thomson Elementary School. Given their reading and math proficiencies, I say shame on the grievance machine for compelling those parents to pull their kids out of school.