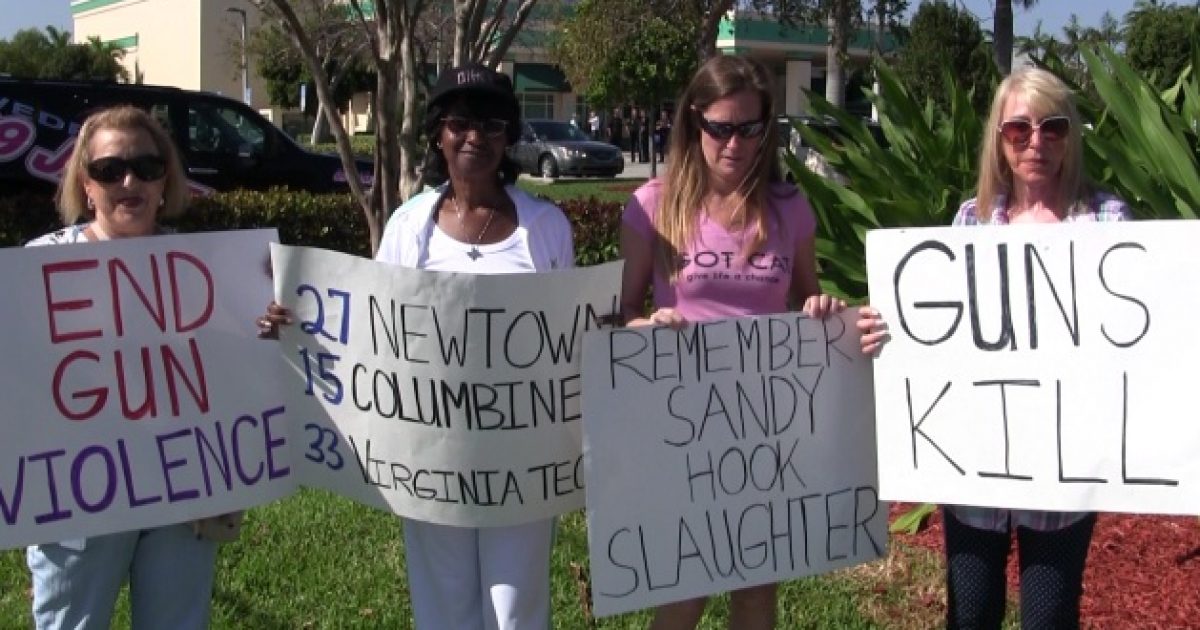 At a recent gun buy-back program in Pompano Beach, hosted by the Broward County Sheriff’s office, the local Organizing for Action (OFA) organization came out to show their support for the Sheriff’s efforts to get guns off the streets.

By the time we had left the event, 76 guns had been taken in with “no questions ask,” but the overwhelming majority were old and antique firearms-not the kind you expected to show up at gun buy-back program strategically held in one of the county’s minority-rich and impoverished districts.

Anyone who showed up to turn in a firearm received a gift card from Wal-mart. According to the BSO media liaison at the event, the cards range in value from $25-150.


One of the guns turned in really caught my eye, as it looked as if it was from the turn of the 20th century. I think Captain Jack Sparrow had stopped by and dropped off one of his guns.

Upon speaking to the nice OFA ladies, who were standing on the street corner waiving their anti-gun signs, the ladies explained to me that OFA is a “issue-based organization” and was “non-partisan, non-profit.”

Non-partisan? Don’t know where they get that from just looking at OFA’s ‘About us’ page on its website? The page clearly outlines that OFA is around to push Obama’s agenda, and only his agenda.  Look here, you be the judge of that.

When I asked them about the fact that the Senate gun control bill excluded  the assault weapons component, the ladies stated that they were “very disappointed” in Senator Reid for not including the ban in the bill.

The ladies believe that Florida’s gun laws are “too laxed” and that we (Florida) should “follow suit of other states and be more strict with gun control laws.”

While none of the ladies were card-carrying NRA members, one of them told us that her husband did own a firearm, but that they both didn’t “really like guns.

Neither of us really like guns, but we got it out of necessity because we are out in the middle of nowhere, and we need protection if a wild animal…

The lady took issue with what she thought were men selling guns to “any kid,” just a few feet from where she was standing. In reality, the men were only trying to buy guns from people attending the gun buy-back event.