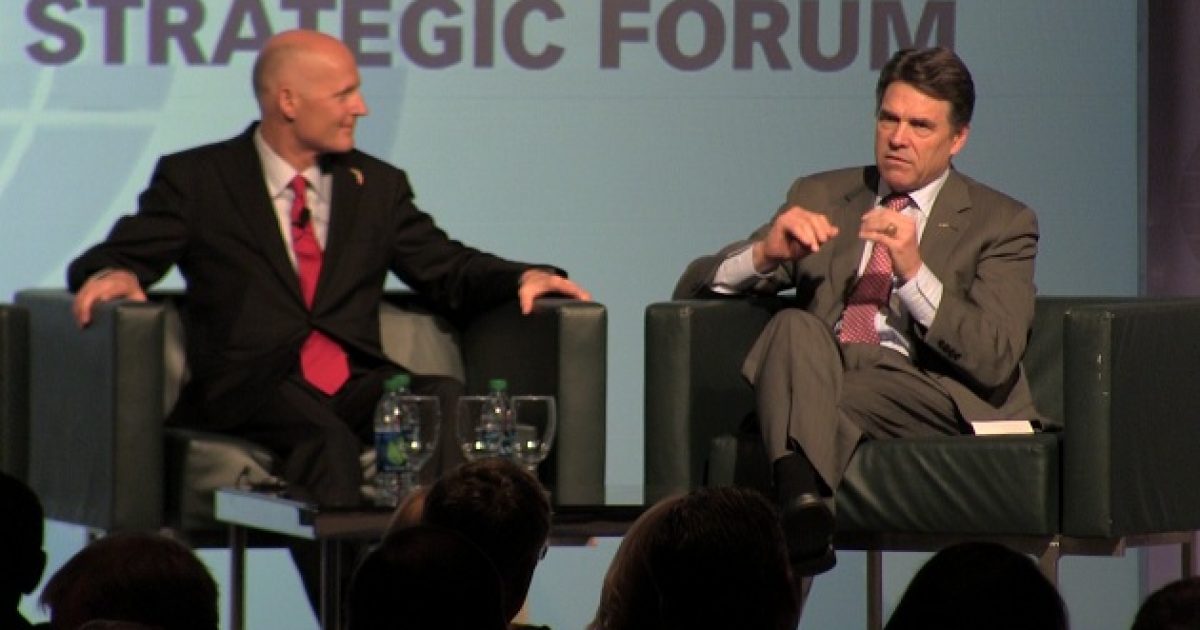 During the Palm Beach Strategic Forum conference in West Palm Beach, Florida, Governor’s Rick Perry (R-TX) and Rick Scott (R-FL) were invited to participate in a Q&A style forum to speak about their ongoing friendly jobs-jousting,that the two friends have been carrying on with regards to their respective state’s economic and jobs development programs.

Texas enjoys an significant lead in job creation over Florida, but as Governor Perry said, ‘Governor Scott has only been on the job a few years, whereas he has had the luxury of governing Texas for over a decade, affording him the opportunity to install pro-business policies and cut numerous anti-business regulations that stifled job creation in his state.’

Floridians would be foolish to remove a guy with his leadership and his record going into this next election cycle, the fact is, if you want Florida to continue to grow, the record of his work that he’s done is inarguable- that has taken Florida in a direction-that is very  much on an upward sweep. I want this guy to be re-elected because he does pull us all along (inaudible). He will make Bobby Jindal, he will make Governor Diehl and Governor Bentley, all look at their tax policies and regulatory policies. Perry turns to Scott and says, “Nikki Haley, I promise you, is paying attention to what you are doing in Florida.” –Governor Rick Perry (R-TX)