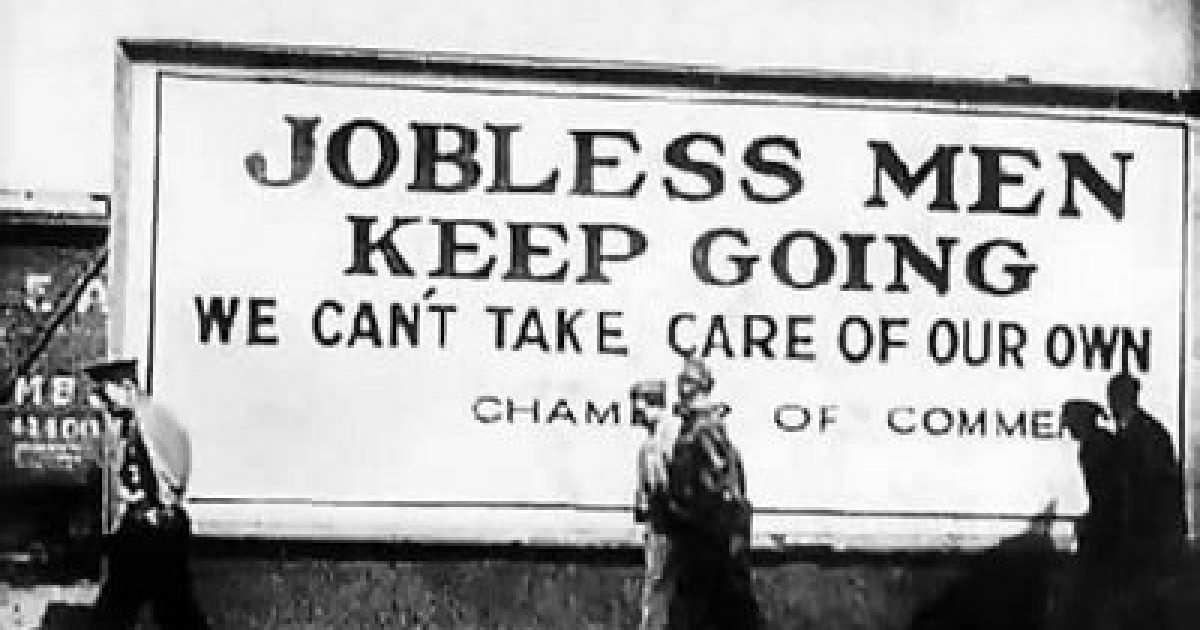 The Bureau of Labor Statistics has just released its March report, and it is simply awful by any standard of measure. The U.S. economy added only 88,000 jobs in March. 496,000 persons left the labor force, and the labor participation rate dropped again (to 63.3%).

Former Chairman of the Council of Economic Advisers Austan Goolsbee called the jobs report “a punch to the gut” and tried to spin it by blaming it all on sequestration, but as you’ll see below, sequestration had very little to do with this brutal report (H/T Hot Air).

In addition to the payroll tax hike, one also wonders about the ripples that ObamaCare will leave across the job market as employers scramble to get out from under its crippling mandates.

It is true that the unemployment number dropped a percentage point to 7.6%, but the drop is hollow because it is achieved via attrition…in March alone to the tune of 496,000 persons leaving the workforce. I am reminded of that old Zerohedge joke that Obama can get the unemployment to negative if he just crushes the labor participation rate down to 55%. Zerohedge correctly notes that when factoring in normal growth of the labor force, real unemployment is actually at 11.6%. Change you can believe in, right there.

For Hispanics, though, the news is even worse.

Perhaps the Sí Se Puede Spirit Squad can address these horrific numbers and what we can expect them to look like post-immigration reform, in lieu of the nonsensical chatter we’ve had this week.  Maybe Barack Obama will give a jobs-related press conference, flanked, of course, by Pitbull, Marc Anthony, Cristina Saralegui, and Eva Longoria.

Smart conservatives would seize the opportunity to turn this jobs report into  some intelligent non-pandery Hispanic outreach, and into a blunt-force instrument against Obama and the Left.