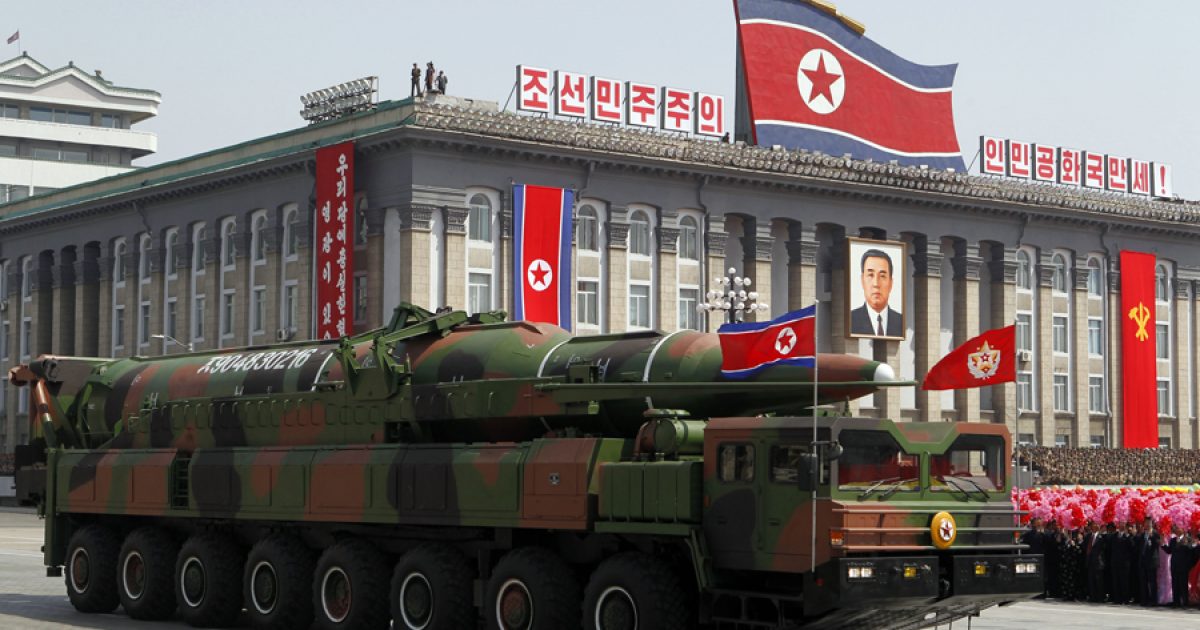 The North Korean regime has escalated its rhetoric yet again. In a statement released by the General Staff of the Korean People’s Army, the Kim regime has indicated that a nuclear attack on the United States has been approved.

Per Seoul’s Yonhap News Agency, the Hermit Kingdom vows “actual military actions”, among which are “reckless operations” involving “cutting-edge nuclear weapons”. This threat is the latest in a series of provocations which include the declaration of a renewed state of war between the Koreas, an announced restarting of the Yongbyon reactor, live-fire exercises featuring targets that depict U.S. soldiers, and a closing of a joint Korean industrial complex along the border. At least this time we placed our missile defense systems in place, along with the Raptors, the Stealths, and as Javier noted yesterday, the USS John S. McCain.

Zerohedge nails it by indicating that this would be the ultimate apotheosis of Paul Krugman’s disaster stimuli theory. Of course, it goes without saying that in such an exchange, Pyongyang would inevitably receive its very own “stimulus”. Follow that link for a helpful missile range guide.

It’s 3 A.M., the phone is ringing…and God Halp Us, John Kerry and Chuck Hagel are the new receptionists.

UPDATE: AFP has a full report, with the DPRK threatening an attack “today or tomorrow”:

North Korea dramatically escalated its warlike rhetoric on Thursday, warning that it had authorised plans for nuclear strikes on targets in the United States.

“The moment of explosion is approaching fast,” the North Korean military said, warning that war could break out “today or tomorrow”.

Tension was also high on the North’s heavily-fortified border with South Korea, after Kim Jong-Un’s isolated regime barred South Koreans from entering a Seoul-funded joint industrial park on its side of the frontier.

In a statement published by the state KCNA news agency, the Korean People’s Army general staff warned Washington that US threats would be “smashed by… cutting-edge smaller, lighter and diversified nuclear strike means”.

“The merciless operation of our revolutionary armed forces in this regard has been finally examined and ratified,” the statement said.

This could all still be a bluff, but no one should assume so.