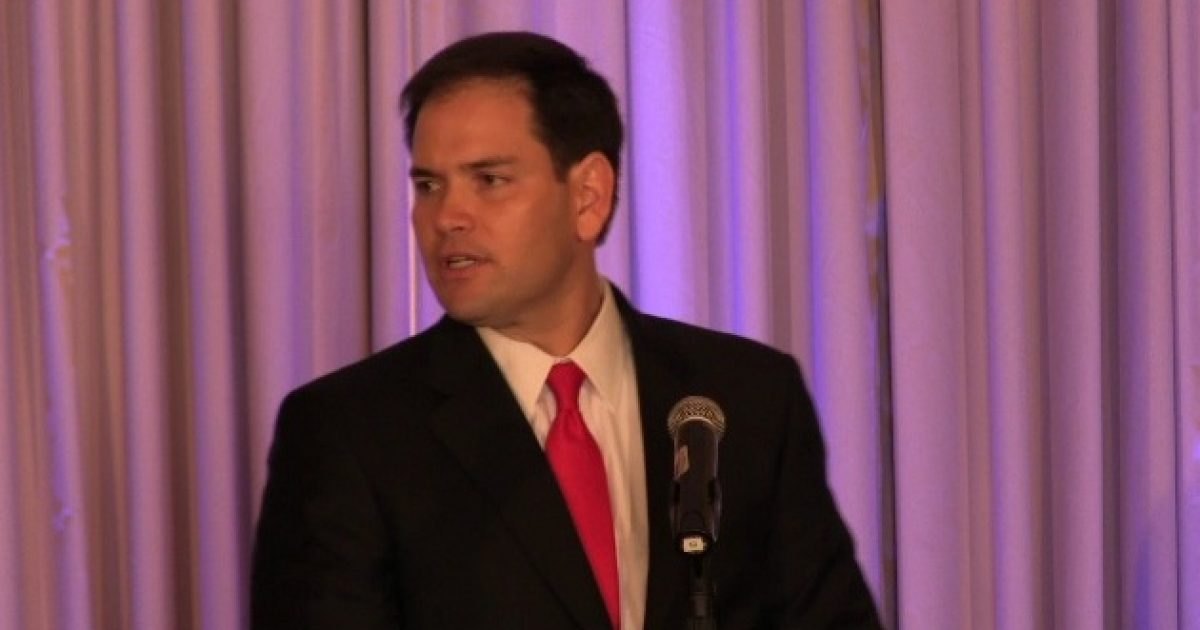 North Korea’s recent threat to “settle accounts with the U.S.” and its declaration of “a state of war” with South Korea after the U.S. flew two B-2 stealth bombers over the Korean Peninsula during U.S.-South Korea joint operation ‘war games’ have prompted many government officials including U.S. Senator Marco Rubio to their express concern as to what the communist regime’s underlying motives are for these threats.

But while some military analysts and politicians are dismissing North Korea’s threats as yet another attention-seeking ploy, Rubio, who is a Ranking Member on the Senate Foreign Relations Committee East Asian and Pacific Affairs Subcommittee, is taking these latest threats seriously and is warning about North Korea’s “dangerous and destabilizing” rhetoric along with its ongoing human rights violations-

“We must remember that our concerns with North Korea extend well beyond the country’s nuclear program.  The regime keeps hundreds of thousands of its citizens in gulag-style concentration camps and expands its military complex while its people are left to starve.  The real solution to this challenge will come only once all concerned parties realize that this odious regime is the problem and join the United States in pressuring China to change its policy of supporting Pyongyang. – Senator Marco Rubio

Another concern of Rubio’s are the recent reports of collaboration on a nuclear program between a new “Axis of Evil”-  North Korea, Syria, and Iran.  Rubio is calling on President Obama to “explore every option” to preempt  this “activity” from taking place and is calling on him to re-designate North Korea as a state sponsor of terrorism.

“I am also concerned about recent press reports regarding the potential for nuclear cooperation between North Korea and Iran and urge the administration to explore every option to prevent this activity, including the use of its authorities to designate additional North Korean entities and international financial institutions that enable North Korea to provide assistance to Syria and Iran and that host regime assets.  I also call on the Obama administration to relist North Korea as a State Sponsor of Terrorism, given North Korea’s ongoing support to state sponsors Iran and Syria, including through terrorist entities such as the Iranian Revolutionary Guard Corps.- Senator Marco Rubio

Back in 2008, outgoing President George W. Bush took N. Korea of the list of state sponsors of terrorism.