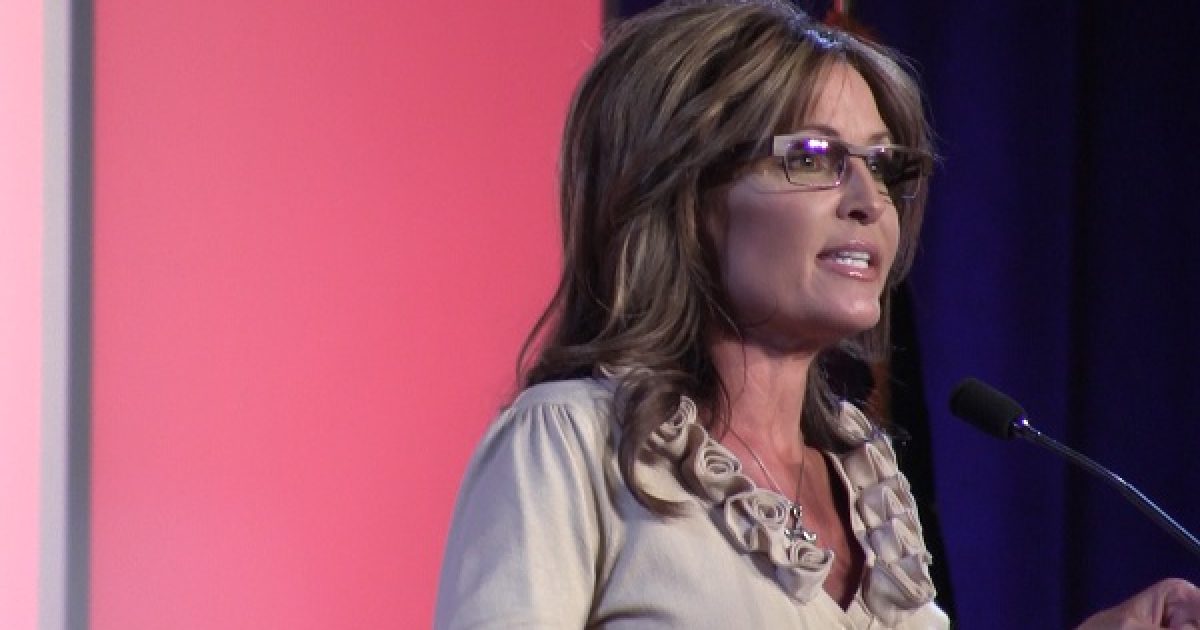 Sarah Palin’s 2010 Support For Marco Rubio, Endorsement Was In the Works

There seems to be a bit of drama going on regarding Sarah Palin’s new ‘Sarah PAC’ ad because of  the video ad’s mention of Senator Marco Rubio. The ad points out several candidates that Palin supported over the past couple of election cycles, including a mention of  Marco Rubio by Senator Ted Cruz of Texas. Cruz stated, “she (Palin) supported Marco Rubio.”


In all due respect to my friends over at Sunshine State News, who stated that the video featured Sen. Ted Cruz saying that Palin endorsed Marco Rubio, is not just a stretch, but an outright untruth. Cruz never used the word endorsement, he said she supported Rubio. Heck, I never endorsed him, but I did support him- still do.

Then, it showcases conservative Sen. Ted Cruz, R-Texas, who credits Palin for endorsing such candidates as Marco Rubio, Rand Paul and Cruz, himself, with an insinuation in the video that she got them to Washington.-Sunshine State News

While Sunshine State News is correct in saying that Rubio’s grassroots appeal won him his Senate race, many around the country did not know of Marco Rubio early on, and Palin’s ability to excite the conservative base helped in many national races, including Rubio’s. Palin helped Rubio out every time  she mentioned him during one of her stump speeches, or whenever she mentioned him during one of  her TV appearances.

In April of 2010, Rubio was gaining considerable name recognition, but it wasn’t until a video that the Shark Tank recorded of Sarah Palin at the 2010 Southern Republican Leadership Convention in New Orleans, did Rubio’s national name ID  really blow up.

In the video, Palin stated,” I love Marco Rubio.” She later added,” Marco, keep up the good work-call me, can I help?”

Upon recording the video, and before its release, an exuberant Marco Rubio was floored with the news of Palin’s kind words directed to him, quickly making  Rubio realize the kind of “video gold” that was about to be release. The politically savvy Rubio quickly arranged for the messaging to be in place by the end of the weekend, in time for the video’s Monday release.

The video  aired on Fox News’ ‘ On the Record with Greta Van Susteren’, as well as other main stream media outlets, not to mention ‘lighting up’ the blogosphere.

Just a few days later in The Villages, Florida, Sean Hannity brought his ‘Hannity’ Fox News show on the road, where Rubio was already booked as as one of the shows featured guests. Before the show aired, I spoke to Sean about what he thought about Palin’s video. With a look of disbelief, Hannity couldn’t believe what Palin said. ” She said what?!” As he started walking away, Sean turned back around and asked me again what Palin’s exact words to Rubio. I told Sean, and no sooner that Rubio appeared on stage with him,  Hannity ask him about whether or not he was going to call Sarah Palin.

Rubio laughed and said he would be reaching out to her.

I think she is an important voice in the Conservative movement and the Republican Party, and I would love to have her support and her help…we’ll figure out how to get a hold of her.”-Senator Marco Rubio, Human Events

According to one of Rubio’s campaign consultants and confidants, several of the other consultants were against a Palin endorsement,  because they felt she was too “Conservative”, and that her endorsement could hurt Rubio in his race against the once Conservative Republican-turned Independent Charlie Crist.

The Palin endorsement of Rubio never came, but later that year at the RNC event in Orlando, Florida, I had the opportunity to speak to Governor Palin. Governor Palin first acknowledge the video we shot in New Orleans, gawking that it got “a lot of views,” and TV time.

I then I asked her about what really happened with Rubio. Palin told me that she supported him and even offered a full and open endorsement, but Rubio’s campaign couldn’t seem to get it to happen, and never got back to her. She reiterated that  she was still ready to do it, but was only waiting for the go-ahead from the campaign.

So again, while the endorsement never hit the airways, Palin can take credit for Rubio’s success, just as many other national conservatives can also do, regardless of whether they openly endorsed Rubio or not. Remember,Rubio’s close advisor and friend, former Florida Governor Jeb Bush never endorsed Rubio either.