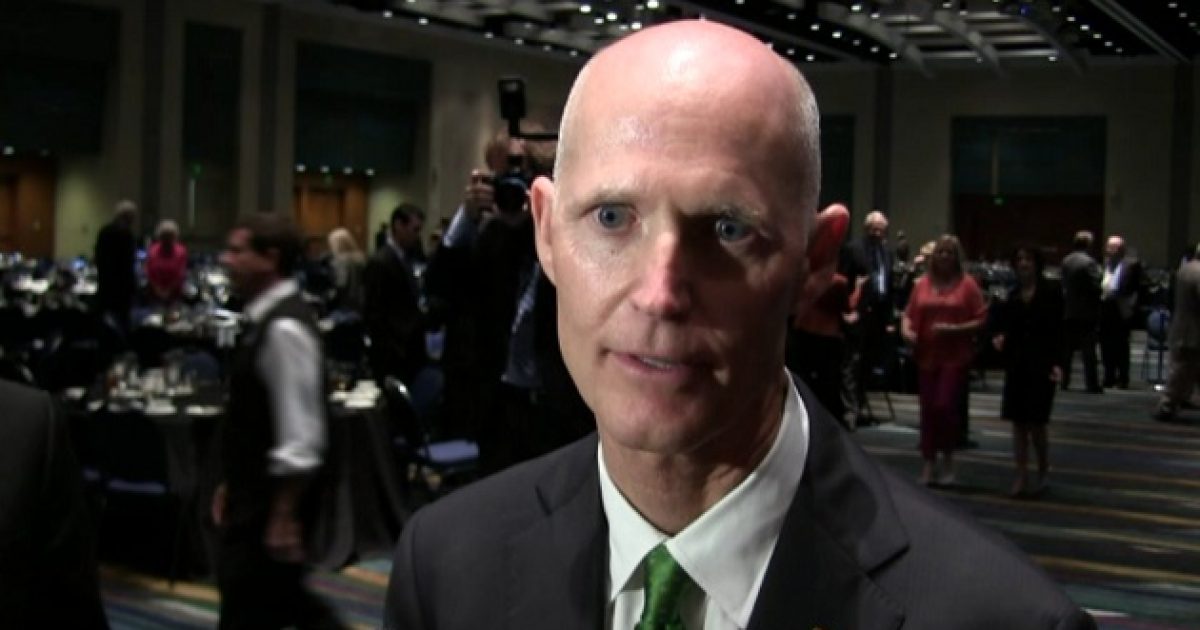 Florida’s jobs rate is up and its once stagnant economy is growing.  So why is Florida Governor Rick Scott trailing in the latest head-to-head poll against a potential Democrat challenger for his job, Charlie Crist?  The one-time Republican turned Independent and now Democrat Charlie Crist is leading Scott in the latest Quinnipiac poll by a 16-point margin. Scott also trails his 2010 general election opponent former Florida CFO Alex Sink 34-45.

Unfortunately, the Republican party has not done Scott any favors, as the RPOF has done little if anything to contest the Democratic Party’s narrative that Scott has failed Floridians.

Scott has also made political missteps by going back on his promise to deny Obamacare at every turn possible by indicating that he would accept the federal government’s Medicaid expansion.


So with his base of support unsettled and many in the Republican fold considering alternate candidates, can Scott overcome these very poor poll numbers in time?

One GOP consultant told the Shark Tank that he believes that Scott will prevail against any Democrat simply because he can spend the money to put himself in a position to win. In addition, Charlie Crist is not trusted by Democrats, especially after the one-time self-described “conservative Republican” magically evolved into a Democrat just last year. Democratic operatives and legislative staffers at both the state and federal level agree that Crist is not the best choice, but they could and probably would hold their nose and vote for him just to defeat Scott.

Any other candidate that the Democrats put up to challenge Scott, including already announced state Senator Nan Rich would most likely come from the Democratic party’s extreme left faction and would alienate many ‘soft’ Democrat voters and Independents.  The reason why Democrat Alex Sink able to garner the votes that she did against Scott in 2010 was because she came across as a pro-business ‘moderate’ Democrat that appealed to Independents, ‘soft’ Democrats, and moderate Republicans.

If Scott continues to show considerable vulnerability, should Republicans pressure him to step aside?