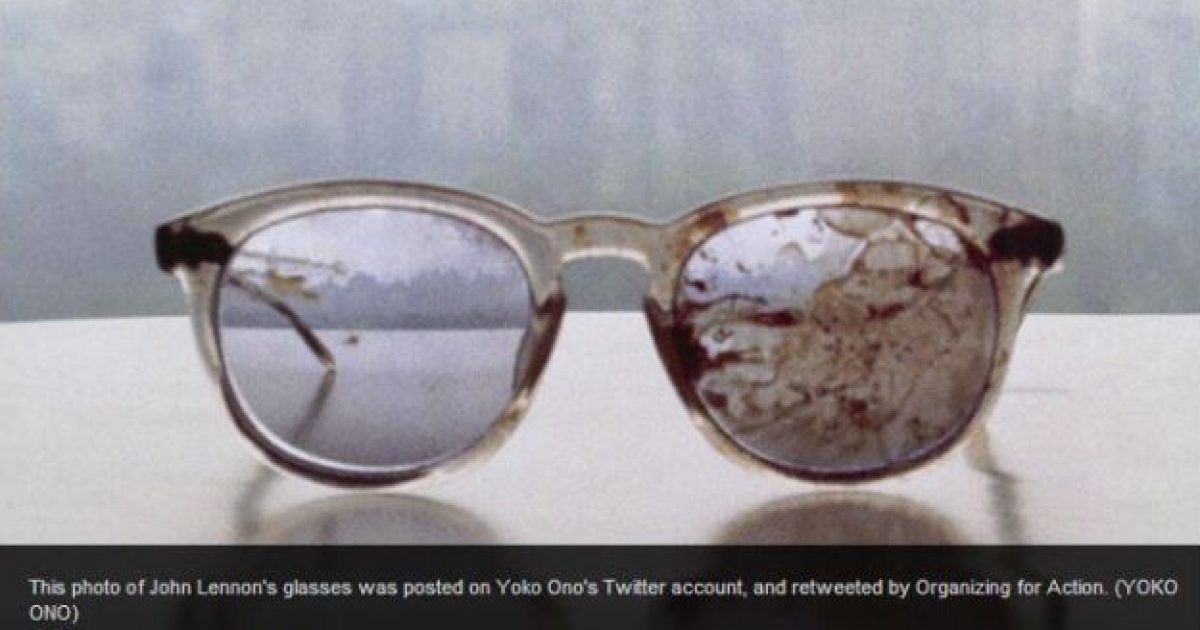 Of course they did. The often shameless Organizing for Action (OFA) has reached a new political low when they retweeted Yoko Ono’s already tweeted picture of the late John Lennon’s bloodied eyeglasses. OFA is pushing the tweet in hopes that it would influence a Senate gun-control package that would be brought to the Senate floor.

The photo, which could be viewed Thursday night on the @BarackObama Twitter account, showed a close-up of Lennon’s blood-splattered glasses. –Fox News