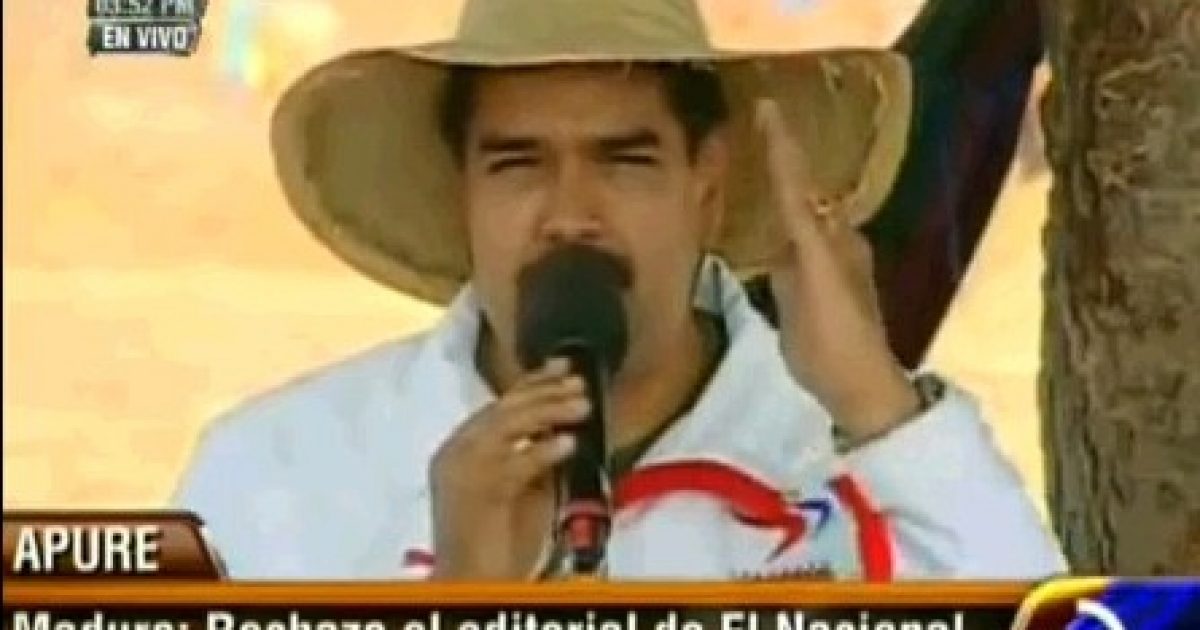 VIDEO: Nutty tyrant calls on Obama to do something about “crazy hawks”

In which Venezuelan caretaker president Nicolás Maduro brings the cray-cray by going on state-run TV and railing against an unfriendly editorial while accusing the “crazy hawks” within the American national security apparatus of puppeteering the Venezuelan right and orchestrating electoral sabotage.

When Chávez passed, I remarked that the script of his funeral must have been written in North Korea…albeit with editing in Havana.  Given Maduro’s previous denunciation of an alleged CIA plot to kill his election opponent Governor Henrique Capriles (DUR-Miranda), it now appears that the draft script went through revisions in Teheran as well.

The reason for Chavez’ selection of Maduro as his successor should now be clear to all.  Next to this guy (also known among detractors as Fat Borat), Chávez looks like a Churchillian statesman. Pure. Comedy. Gold.

Click to watch, and as always, hit CC if subtitles do not immediately appear.