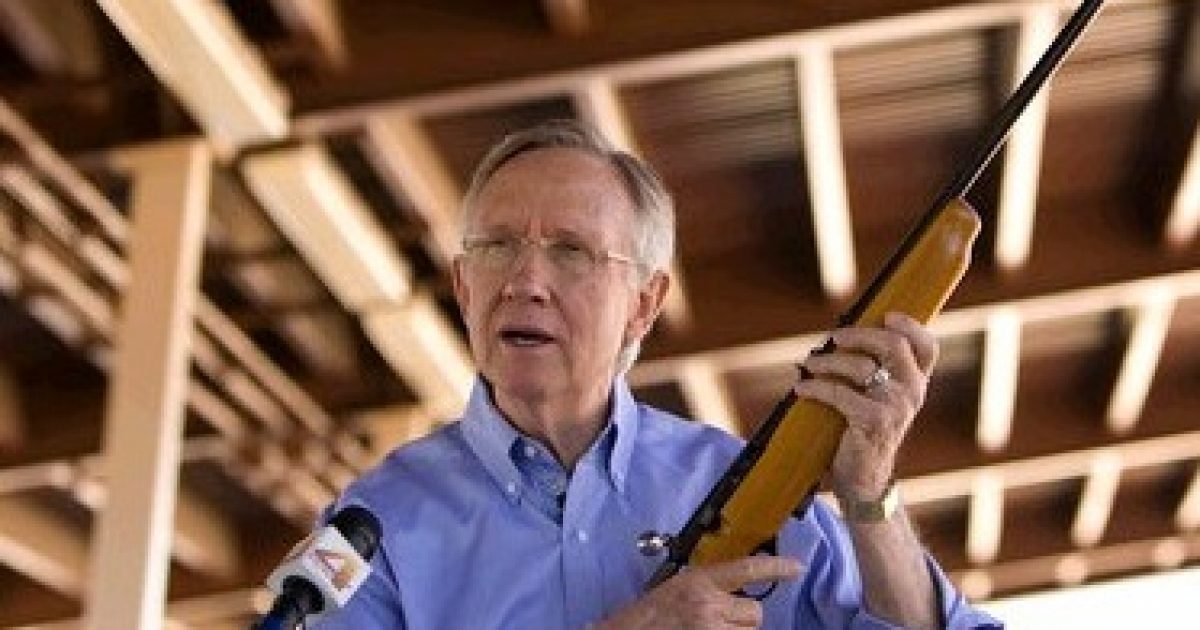 If Senator Dianne Feinstein wants to enact her precious assault-weapons ban, she’s going to have to do it on her own as an amendment, because her very own Majority Leader just put the kibosh to the ban in the Senate’s draft gun bill.

Sen. Dianne Feinstein (D-Calif.) said on Monday that a controversial assault weapons ban will not be part of a Democratic gun bill that was expected to reach the Senate floor next month.

After a meeting with Senate Majority Leader Harry Reid (D-Nev.) on Monday, a frustrated Feinstein said she learned that the bill she sponsored — which bans 157 different models of assault weapons and high-capacity ammunition magazines — wouldn’t be part of a Democratic gun bill to be offered on the Senate floor. Instead, it can be offered as an amendment. But its exclusion from the package makes what was already an uphill battle an almost certain defeat.

The ban is supported by more than a dozen Senate Democrats and the White House, as well as gun-control groups.

“My understanding is it will not be [part of the base bill],” Feinstein said. “It will be separate.”

Asked if she were concerned about the decision, Feinstein paused and said, “Sure. I would like to [see the bill moved], but the leader has decided not to do it.”

“You will have to ask him [Reid],” she said, when asked why the decision was made.

Click on the link, and you’ll see that the move is already being framed as protection of vulnerable red-state incumbents in the ’14 midterms…which is, to say, less a rejection of DiFi’s gun grab than taking one for Pryor, Landrieu, Begich, et.al.  Missing, though, is any sense of Harry Reid’s level of comfort (or lack thereof) with a renewed “assault-weapons ban”.  One would think that Reid’s scuttling of the AWB is a heavy blow to the Left’s Western-state strategy RE: gun control (as evidenced by its support of Colorado’s gun grab).

For today, at least, the Second Amendment and its supporters can breathe. However, the Schumer background check bill is still making its way through the Senate, so we must remain ever vigilant.

Let the record reflect that noted disarmament shill Piers Morgan is outrageously outraged. No word, though, on whether he’s frus–TRAY–ted as well…

Shame on you Harry Reid for dropping the assault weapons ban from Senate gun control bill. SHAME. ON. YOU. #Newtown #GunControlNow

Oh, well…allow me to retort to Morgan’s high dudgeon (and that of Michael Bloomberg and the Left-Hollywood elite, which is certain to come):