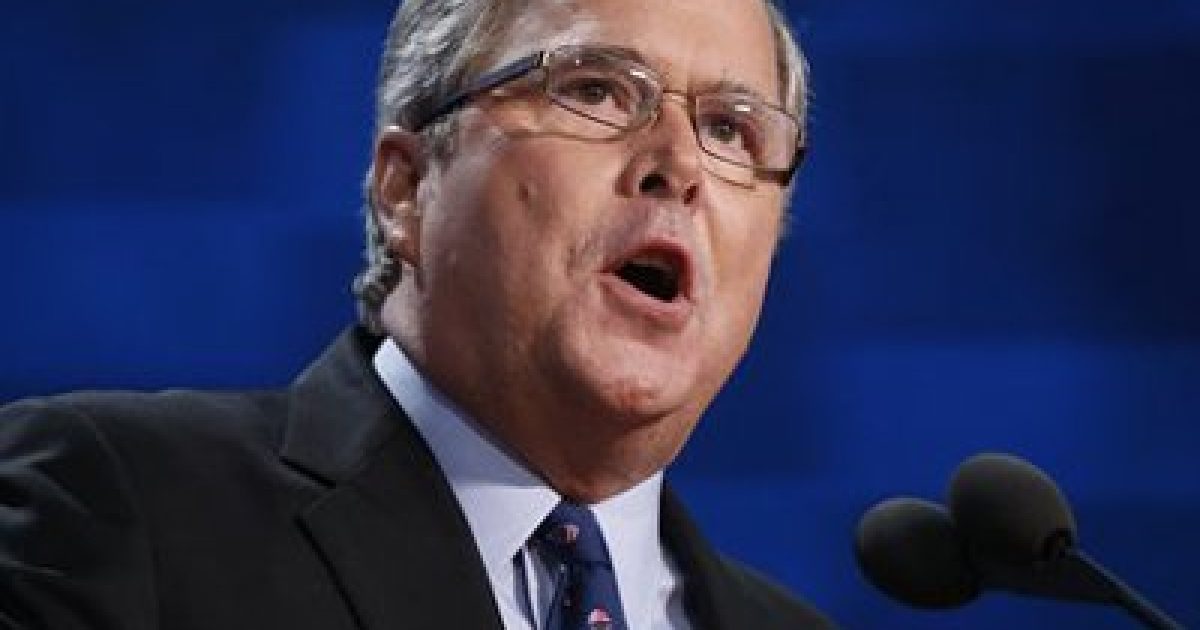 The one-time proponent for pro-Amnesty for illegal immigrants, Jeb Bush,  is taking a step back from his past position of supporting a pathway to citizenship for the millions of foreigners who have initially broken U.S. immigration law and now reside in the United States.

In Bush’s new book, “Immigration Wars: Forging an American Solution” which is set to hit bookstores today, Bush calls Republicans “remarkably tone-deaf when it comes to courting Hispanic voters-to the extent they court them at all.”

Bush is both right and wrong  at the same time with his assessment of  the current immigration reform problem. I don’t know where Bush thinks that a stronger and more secure border should not be a “prerequisite” to immigration reform, yet I agree with him that a “pathway to legal status should not include citizenship for those who entered illegally as adults. This statement that adult illegal immigrants should not receive citizenship implies that Bush supports the ‘Dream Act’, a measure that grants amnesty to illegal immigrants who were brought to the United States at an early age.

In “Immigration Wars: Forging an American Solution,” Bush writes that the immigration debate holds serious consequences for the nation and members of his Republican party, calling fellow Republicans “remarkably tone-deaf when it comes to courting Hispanic voters – to the extent they court them at all.” If the GOP fails to change, he says the influence of Hispanic voters “will doom” the party’s future.

Bush is dead-on correct in stating that a pathway to citizenship to millions of illegal immigrants “undermines the nation’s laws”, laws that have already been undermined with the initial breaking of U.S. immigration laws by these illegal immigrants currently residing in the U.S.

Bush said offering a path to citizenship for the 11 million undocumented immigrants who live in the U.S. could encourage more illegal immigration and undermine the nation’s laws. “It is absolutely vital to the integrity of our immigration system that actions have consequences,” he wrote. “In this case, that those who violated the laws can remain, but cannot obtain the cherished fruits of citizenship.”

He writes that illegal immigrants who want to become citizens should have the choice of returning to their native countries and applying under the normal channels.-AP

Bush’s change in position further bolsters the speculation that he is trying to align the political stars for a 2016 Presidential run. Just recently, Bush stated that he was considering a 2016 run, but could face significant backlash from Marco Rubio supporters who feel  that Bush’s time has passed, and that he should get behind the future of the Republican party, Marco Rubio.  Share and “Like” the story below.