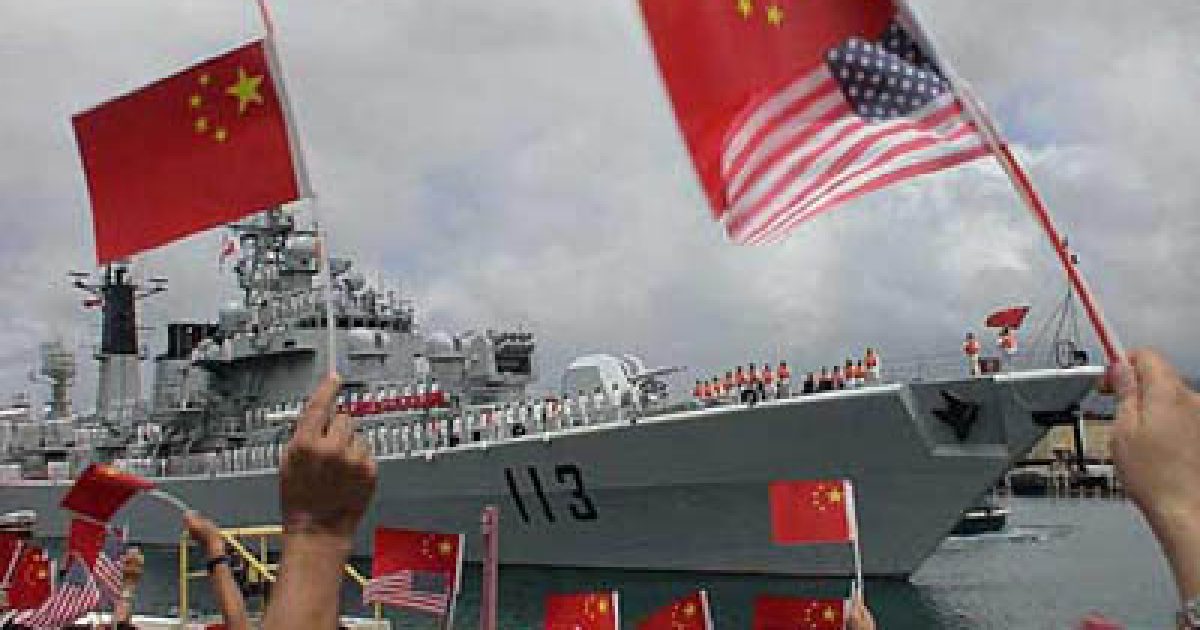 The U.S.  Navy, considered to be the #1 Navy in the world, is now looking over its shoulder at Red China, as the communist government is pushing to surpass the U.S., as the top floating military in the world. Along with retro-fitting and revamping its Naval supplies ships, the Chinese have now unveiled its very first aircraft carrier,the Liaoning.

While the U.S. Navy has 11 aircraft carriers to boast about, could China have several more carriers. If you are Floridian, note that note one U.S. aircraft carrier is based in Florida. You would think that Mayport Naval station in Jacksonville would have one, right?

Chances are they already have plans for more , considering their resource grabs around the world. Here is what we wrote last week about China’s military push. Hey, let’s not forget that China has also launched its first ‘stealth’ Frigate just last week, as well.

Remember that China already controls the important Panama Canal, which is considered to be one of many “Chinese interests abroad.”

Over time, the air and sea support will give the world’s second-largest navy greater geographical reach and will enhance the PLA’s capacity to assist troops on distant battlefields, potentially including Taiwan if Beijing were to launch a military assault to take control of the self-governing island.

The impending delivery of these support ships and aircraft is further evidence China intends to become a more ambitious global military power in a decisive break with its traditional security priorities of expanding or defending its extensive land borders.

The story also cites Li Nan, who is considered an expert on the Chinese military and teaches at the U.S. Naval War College in Newport, Rhode Island. Nan says that China has begun to “develop their capacity for power projection.

Steep increases in military outlays over three decades have allowed China to build an advanced navy that now ranks second to the United States fleet in terms of raw numbers.

The Chinese navy now has about 80 major surface warships including its first aircraft carrier, the Liaoning. It also deploys more than 50 submarines, about 50 landing ships and more than 80 missile attack boats, according to Pentagon estimates of PLA military strength.-Shark Tank