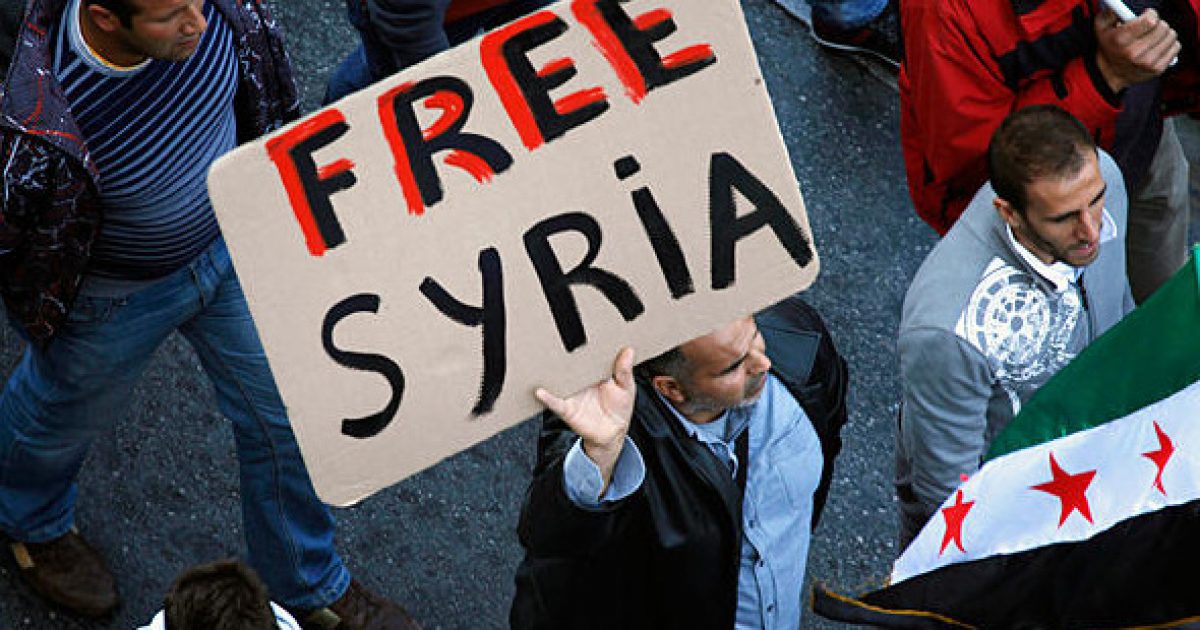 Syria, the Next Radical Islamist State?

As expected, the U.S. is slowly involving itself into another potential Middle East diplomatic disaster, as it has decided to send non-military aid to the Syrian rebels, who just happened to be fighting alongside Muslim extremists against the al-Asaad  government. Many of these same extremists fought against and killed U.S. troops in Afghanistan and Iraq.

Secretary of State John Kerry met in Rome with the “Friends of Syria” coalition and  stated that Washington would ramp up aid to the Syrian rebels, an aid package that would give the Assad’s opposition another $60 million in humanitarian relief, namely food and medical supplies.

Senator Marco Rubio has also come out in support of this measure, but as U.S. Legislators like Rubio begin to give their stamp of a approval of aiding  the Syrian rebels, they seem to have forgotten the lessons learned from the past.  History has taught us that most U.S. military involved conflicts  have started with the comittment of non-military aid.

Shortly after Libyan dictator Muammar Gaddafi was ousted from power, Rubio and others traveled to the embattled country to assess the aftermath of the fighting that led to Gaddafi’s demise.

Rubio blamed President Obama for the widespread destruction of the country, stating that he felt that if Obama would have involved U.S. resources early enough, much of the devastation to the country’s infrastructure would not have occurred.

“I just left 10 hours of visiting an Arab, Islamic, enthusiastically pro-American country in terms of the people we met on the street. People were grateful, people were thankful, people were excited that we were there and the enthusiasm in the crowd was palpable everywhere we went,” Rubio said.

“I’m cautiously optimistic about Libya’s future,” Rubio said. “They do have some challenges including the potential of infighting to break out between some of these different militias. There is some concern about the role that Islamists may play. Islamists by all accounts are a small minority of both the population and of the militia members, but they are the best organized.”

Rubio said Islamists do not enjoy widespread support and are likely to win “very few seats in a parliament” if there are free and fair elections.–Palm Beach Post

“Five years from now, three years from now we could have a nation in the northern part of Africa that is Islamic, is Muslim and Arab and yet pro-American and a democracy and our ally in confronting the problems in the region and the world. That’s the opportunity before us.”

Rubio and others were very wrong with their assumptions about a ‘newer and freer’ Libya, as the Libyan people, who have been indoctrinated by years of anti-American rhetoric, are anything but pro-American. Legislators seem to have forgotten about the 2012 attack on the Benghazi consulate attack that killed four Americans, including our Ambassador to the country.

And now the Terrorist group that is being blamed for the Benghazi consulate attack, Ansar al-Sharia, has  been given the government’s blessing to carry out ‘policing’ efforts to curb the growing crime rate gripping the country.

We see how Islamic extremists have filled the political vacuums left after the toppling  of the Libya and Egypt governments.  How can U.S. politicians take another gamble in ousting President al-Assad from Syria, regardless of the human rights violations that he and his government have been accused of committing, without weighing out the very real possibility that Islamists could take over Syria like they have done in other countries in the region.