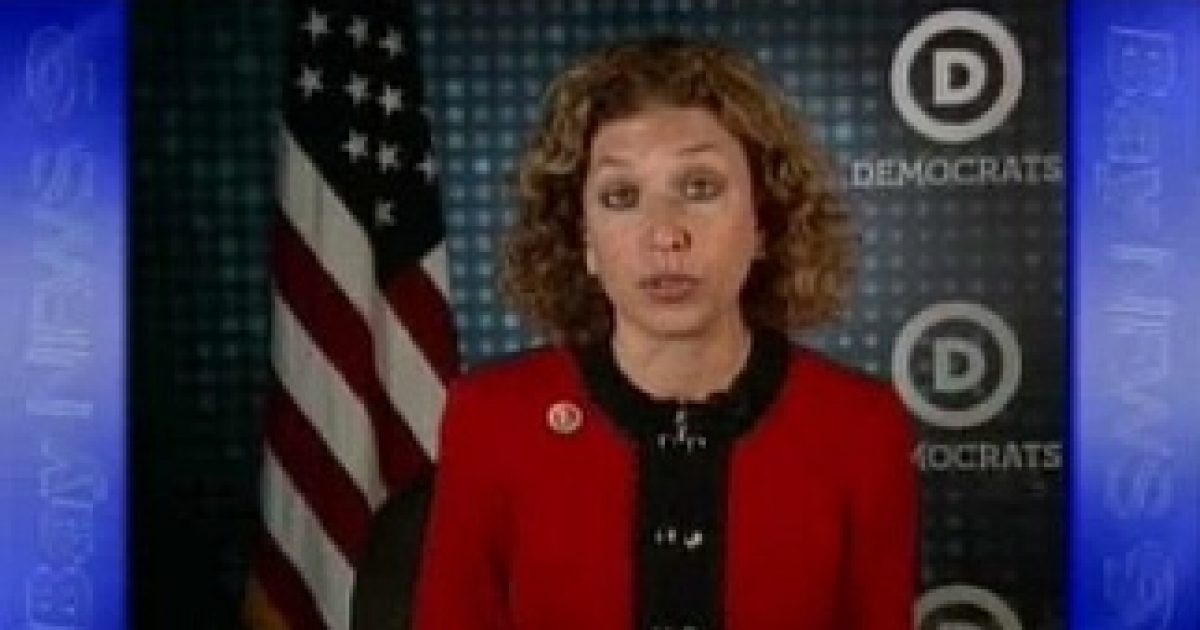 A few days ago Congresswoman Debbie Wasserman Schultz appeared on the Tampa Bay Times’ Florida Connections political TV show where she was asked about the Senator Marco Rubio ‘buzz’ as well as whether or not Democrats were worried about the freshman Senator.

Predictably, Wasserman Schultz said that the Democrats were not concerned with Rubio and went on to mention that aside from being thirsty, Rubio “struggled a bit in his State of the Union” response.

Wasserman Schultz also expressed deep concern over the fact that Rubio voted against the Violence Against Women Act and said that “he doesn’t think it’s important to protect women against Domestic Violence.”

Interestingly enough, according to Wasserman Schultz, she and Marco have a “nice” relationship-

I have a nice relationship with Marco. – Rep. Debbie Wasserman Schultz

But an interview with Wasserman Schultz would not be complete without Debbie espousing some of her trademark doom and gloom Democrat talking points that are aimed at marginalizing Rubio and all Republicans as ‘Tea Party Extremists.”

Marco’s full-on embrace of the tea party principles and his ever more extreme record including when  it comes to Medicare and Social Security taking the position that those are not important programs to preserve. –Debbie Wasserman Schultz

Its just been shocking to me that he has on the surface has continued to really seem like a benign, sweet leader when he really has some pretty sinister views and an evermore sinister record that’s been developing. its disturbing. – DWS