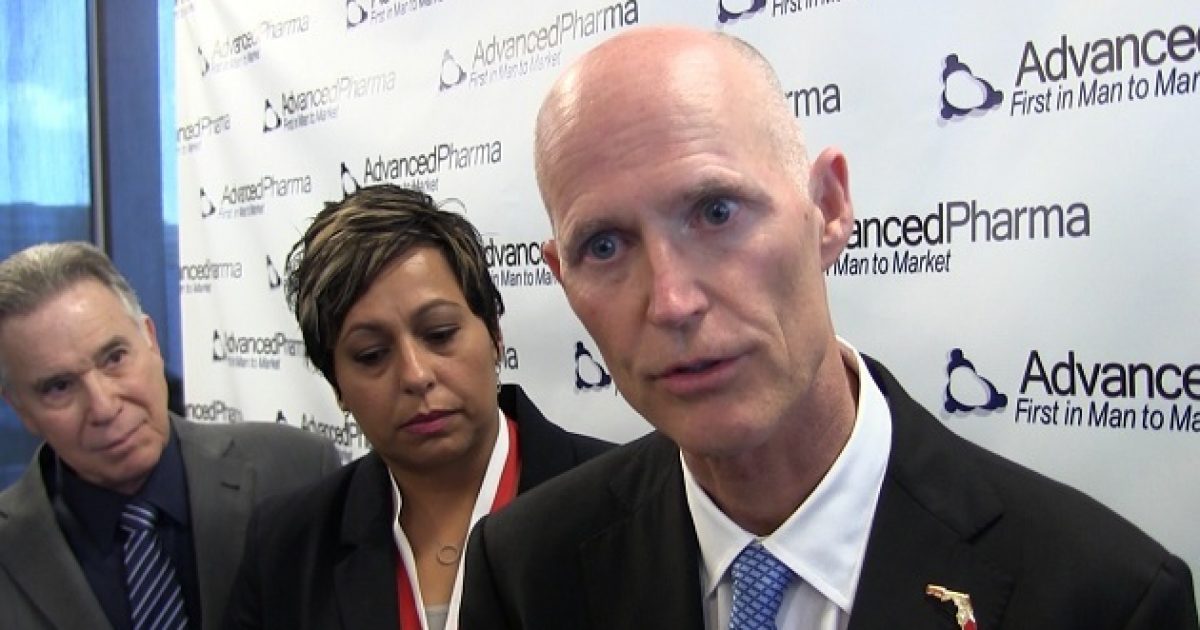 Florida Governor Rick Scott has caught considerable flak for his change in position regarding the implementation of Obamacare, by now saying that he would agree to extend Medicaid benefits. Scott says that this by no means should be considered a “white flag” of surrender, but many Republicans who had voted for him, simply because of his opposition to the “job killing” healthcare law, are now saying that the Governor political career is “done.”

During a press conference at Miami-based Advanced Pharma, a dedicated Phase I clinical trial unit that assists the medical profession, Scott took questions from reporters regarding his new change of mind, with regards to Obamacare.

This is not final act of what’s going to happen in healthcare, its not a white flag to government healthcare. -Gov. Rick Scott

Many conservatives throughout Florida feel that Scott let them down with his decision to implement Obamacare, but like Scott stated, this is not the final act.

Now it is up to the Republican-led Florida legislature to propose a bill for the Medicaid expansion that will meet Scott’s pledge to help Florida families. The federal government is only funding the program for three years.  After the three years are up, the Florida Legislature and Governor will have the opportunity to reassess the Medicare expansion, and make the decision of whether to extend it further or not.


Considering that many of these state legislators will be running for reelection in their respective seats or running for higher office, it is safe to assume that any Medicaid expansion bill coming out of the Florida Legislature will be ‘leaned out’ considerably so that any and all potential ‘career-ending’ language will be stricken from the piece of legislation before they vote on it.