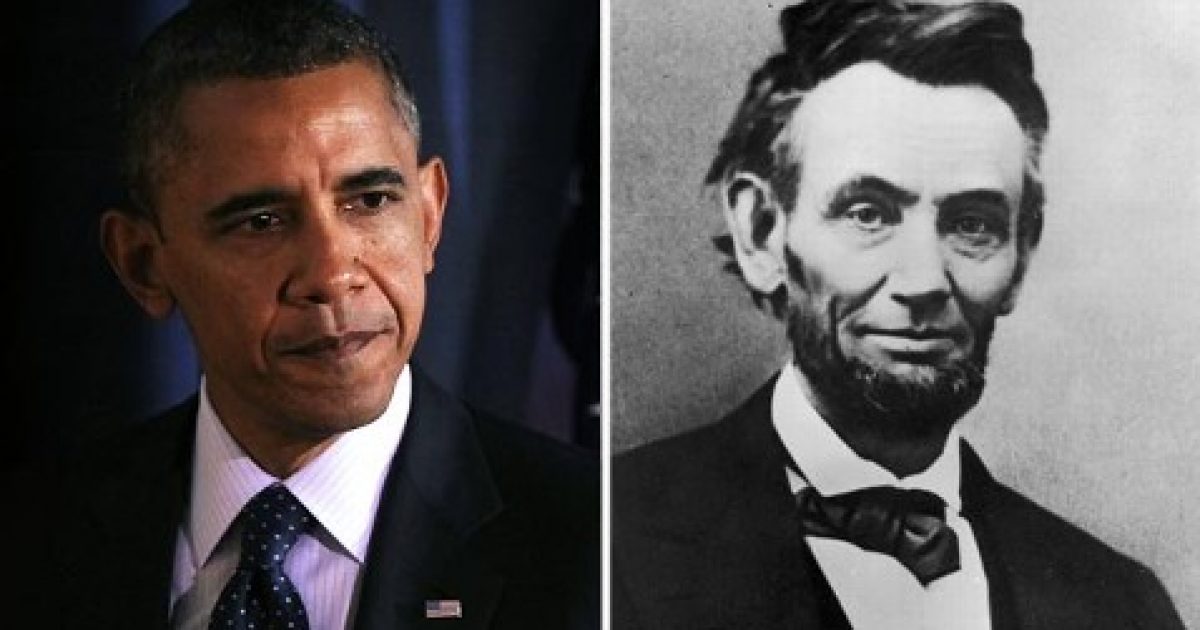 Is Obama the Next Abraham Lincoln?

Over at ABC’s ‘The Note,’ Z. Byron Wolf put out this interesting little post on President’s Day titled,” Presidents Day: Bipartisan Views on Greatness” about comparing past Presidents to Abraham Lincoln. Many present and past politicos have said that Lincoln was the greatest U.S. President of all time, while others say Ronald Reagan was.

While Wolf states that “it is surely too soon to say how great, or not, President Obama’s presidency will be,” the post doesn’t come of as ‘bipartisan’ as he claims it to be.

“I would put our legislative and foreign policy accomplishments in our first two years against any president – with the possible exceptions of Johnson, FDR and Lincoln – just in terms of what we’ve gotten done in modern history-President Obama, displaying his shameless arrogance.

Just by using this image  of Obama and Lincoln, seems to be a bit biased. Do you agree?

Here is the opening to his story, you be the judge.

President Obama seems to agree, too. He announced his first run for president from the steps of the state house in Springfield, Ill., and laced it with references to No. 16. Asked during a “fireside hangout” on Google+ what people should read to really understand his political philosophy, Obama pointed first to his own book, then directed people to the writings of Lincoln.

“I have to tell you that where I draw inspiration from is the writings of Lincoln, and I’m assuming you’re a Republican,” he told a questioner. “This was our first Republican president. But the core philosophy that he espouses, this sense that we are this nation that is built on freedom and individual initiative and free enterprise but there are some things we do in common together,” he said.

Obama caught some flak in December of 2011, during a “60 Minutes” interview, for comparing his own accomplishments to those of other presidents.

“I would put our legislative and foreign policy accomplishments in our first two years against any president – with the possible exceptions of Johnson, FDR and Lincoln – just in terms of what we’ve gotten done in modern history,” Obama said.

It is surely too soon to say how great, or not, President Obama’s presidency will be. But as he embarks on his second term, his legacy will be a topic of great debate and subject to political perspective.-The Note

Can Obama be justifiable compared to President Abraham Lincoln? Tell us what you think, ‘Like’ the story below.