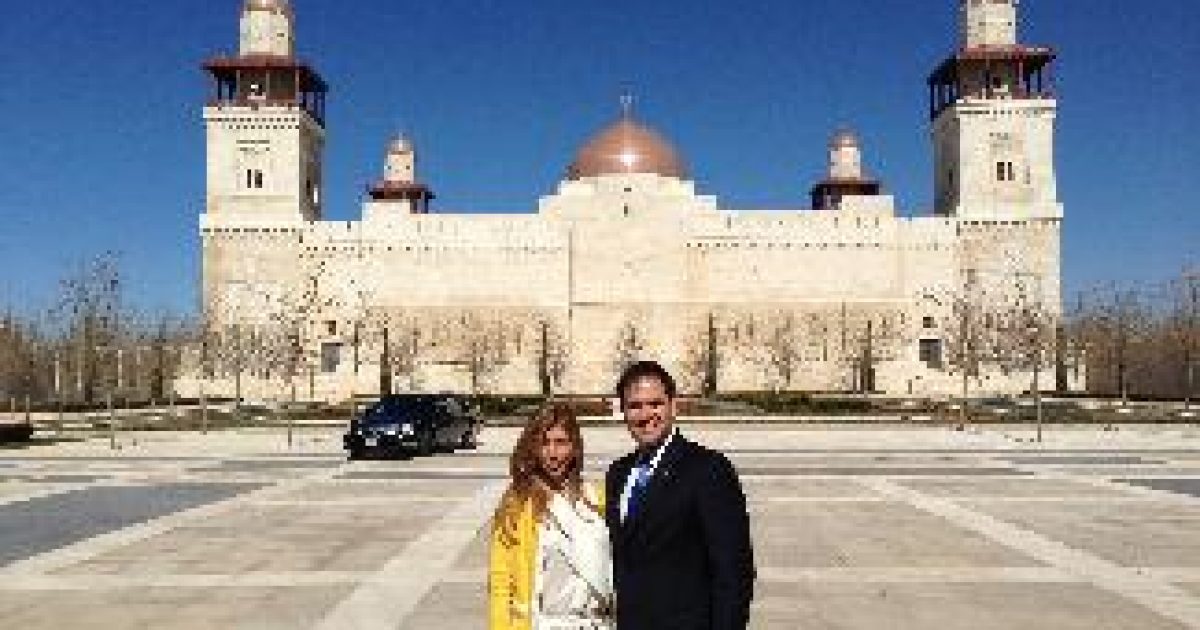 U.S. Senator Marco Rubio has just released the first pictures of his week-long trip to Israel and Jordan as he traveled to the Middle East to get a better grasp of the situation in Syria from a Jordanian perspective as well as to meet with Israeli President Shimon Peres and Prime Minister Benjamin Netanyahu.

Rubio’s second trip to Israel and first to Jordan is seen as yet another indicator of a potential 2016 run for President of the United States.

U.S. Senator Marco Rubio (R-FL), a member of the Senate’s Select Committee on Intelligence and Foreign Relation Committee, today met with Jordanian officials as part of an official trip to the Middle East that will include a stop in Israel later this week.

In Jordan, Rubio met with King Abdullah II as well as other members of the Jordanian government to discuss cooperation between our two nations on economic and security issues. Rubio discussed the impact of the Syrian civil war on Jordan and the region as a whole and also met with former Syrian Prime Minister Hijab, who defected to Jordan.-Rubio Senate Office

As is customary in each country visited on official business, Rubio meets with brave men and women from America’s military, diplomatic, and intelligence services stationed in the U.S. Embassy.