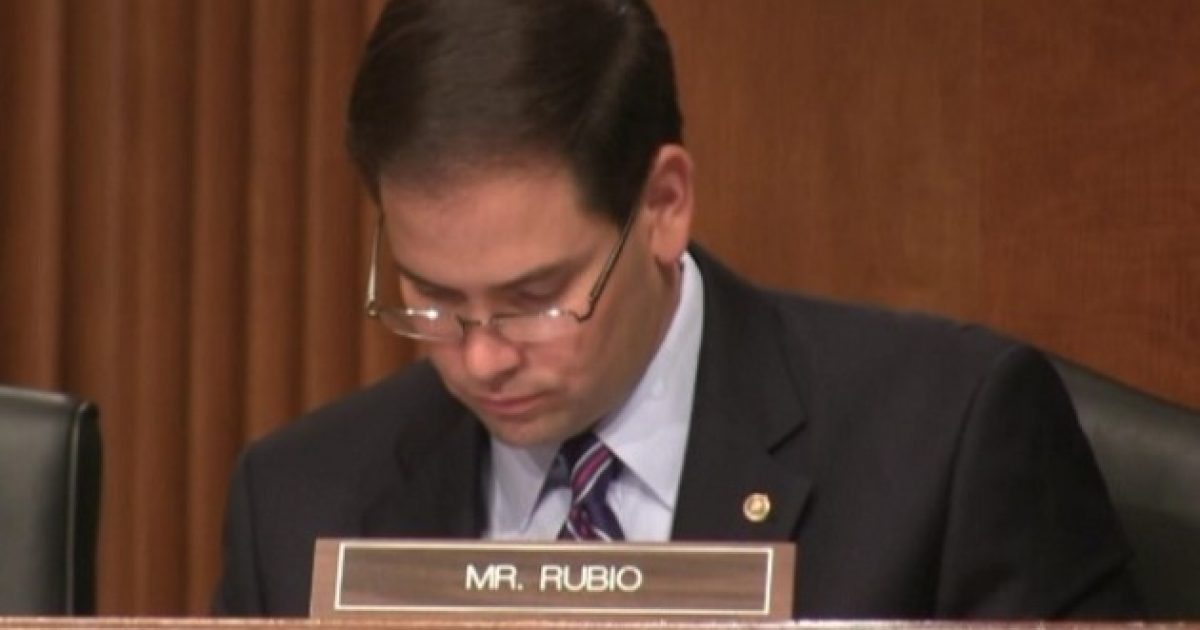 When Senator Rubio first stood with his  bipartisan Senatorial ‘Gang of Eight’ to announce the possible framework for an immigration reform bill, we here at the Shark Tank said that once President Obama injects his pro-Amnesty for illegal immigrants proposal(s) into the conversation,  the liberal Democrats in the Senate would then feel the pressure to embrace the Presidents immigration ideas, and force Rubio to back away from this so-called bipartisan effort.

It is likely that President Obama will move even further to the left from the agreed upon Senate bipartisan proposal and submit his own proposal- a move that would provide Rubio with cover and the opportunity for him to slam the President for not working with Republicans.

Rubio’s vision and ideas for immigration reform are practical and are the only ones that make any sense and offer real solutions thus far in the immigration debate.  But the big question that remains- did Rubio cause  irreparable damage to his brand by expressing his support for a proposal sponsored by other Senators who have a proven history of supporting blanket amnesty for illegal immigrants, putting his possible 2016 presidential aspirations in jeopardy?-Shark Tank

While none of the Democratic Senators who stood with Rubio a couple of weeks back, have yet to pivot towards supporting the President’s immigration proposals, Rubio is now having to push back, and will most likely turn away from this bipartisan proposal, as we suggested he would eventually do.

Rubio is right, Obama’s potential immigration reform bill would be “dead on arrival in Congress.” But if this were to be the case, and Republicans rightfully so reject a pro-Amnesty bill, then the Democrats would have effectively framed the  argument that Rubio and the Republicans in Congress are “anti-Immigrant” and do not want immigration reform. Again, we called it.

“It’s a mistake for the White House to draft immigration legislation without seeking input from Republican members of Congress. President Obama’s leaked immigration proposal is disappointing to those of us working on a serious solution. The President’s bill repeats the failures of past legislation. It fails to follow through on previously broken promises to secure our borders, creates a special pathway that puts those who broke our immigration laws at an advantage over those who chose to do things the right way and come here legally, and does nothing to address guest workers or future flow, which serious immigration experts agree is critical to preventing future influxes of illegal immigrants.

“Much like the President’s self-described ‘stop gap’ Deferred Action measure last year, this legislation is half-baked and seriously flawed. It would actually make our immigration problems worse, and would further undermine the American people’s confidence in Washington’s ability to enforce our immigration laws and reform our broken immigration system.

“If actually proposed, the President’s bill would be dead on arrival in Congress, leaving us with unsecured borders and a broken legal immigration system for years to come.”