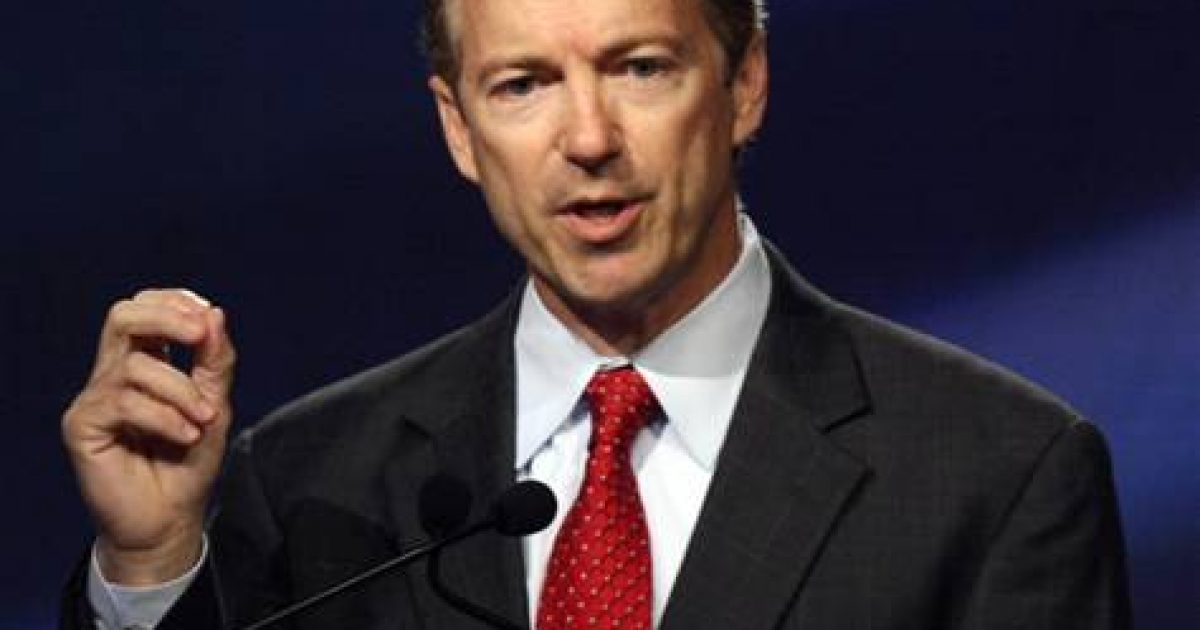 Sen.Paul Suggests Possible Gun-Running Op Cause of Benghazi Cover Up

U.S. Senator and potential 2016 Republican Presidential candidate Rand Paul appeared on Fox news,  and continued pointing the finger at former Secretary of State Hillary Clinton, calling her actions leading up to the Benghazi consulate attacks as “inexcusable.” Senator Paul refers to Clinton’s statement that she “didn’t have time to read the cables asking for more security” for the Benghazi consulate.

Paul then added that “it was a huge judgment error” for not having adequate protection for the consulate and embassy in Libya. According to Paul, the U.S. Embassy in the capital of Tripoli, still lacks the necessary security it needs.

Secretary of Defense Leon Panetta has stated that the U.S. needed to “harden” the security of U.S. assets and installations in Libya, and that there wasn’t enough intelligence on the ground leading up to the attacks.

Panetta’s statement made Paul laugh, prompting him to mock the statement by saying, “you have the CIA a block away and you don’t have enough intelligence, as to what is going on?” Paul then suggested that the initial Benghazi cover up by the administration, could have to do with a potential gun-running operation between Libya and Turkey. More on this developing story to come.

The person I second guess is not the Defense department, I second guess Secretary Clinton for not having adequate security, for turning down security, for saying ‘no I have a million cables, I didn’t have time to read the cables’ asking for more security, well I’m not asking that she read every cable from Bulgaria to Estonia, but Libya was one of the five most dangerous places in the world, easily by anyone’s calculations, and it was inexcusable for her not read these requests for security, and then have her department turn down the requests for security really that was inexcusable.

I  really think there has not been enough made of the lapse or lack of security in advance of the attacks not the response after the attack, because I think that will always be difficult. In advance of this, it was a huge judgment error not to have more protection for our consulate and our embassy still to this day in Tripoli still needs more security.-Senator Rand Paul