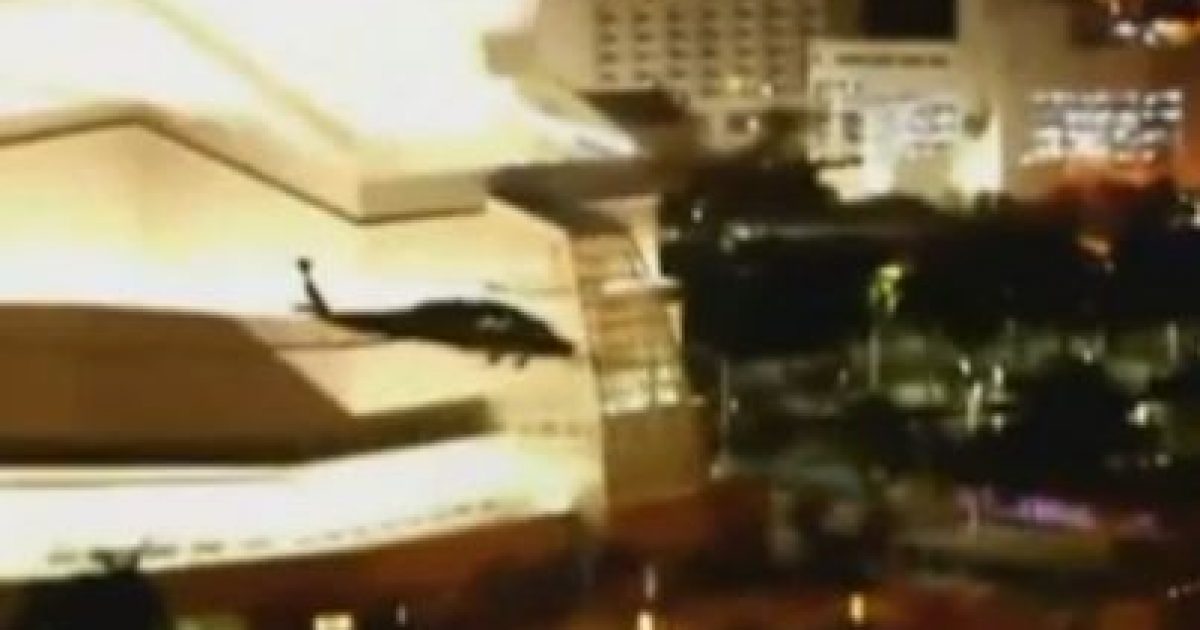 You can call me crazy if you must.  And no, I am far from being a conspiracy theorist- but pardon me, I do not think that military training exercises in the nighttime skies over major metropolitan areas like Miami are absolutely essential for national security purposes- especially those exercises which feature blank rounds being fired.

Last week, an unknown number of Blackhawk helicopters strafed the Miami skyline while numerous residents on balconies overlooking the city witnessed the helicopters actually firing their machine guns with blanks in the vicinity of the Miami Herald Building.  One amateur video shot by Atlanta resident Josh Epperson captured the sound of blank rounds being fired (see video below).

Now I may not be the sharpest tool in the shed, but exactly what type of scenario does our military envision playing out where they would have no other choice but to employ Blackhawk helicopter gunships with M60 machine guns to acquire targets within the city of Miami?  And for all of the talk about “public safety,” conducting unannounced tests that fire blanks over the heads of civilians strikes me as pretty thoughtless- people have no idea what’s going on on the ground and have no idea if what’s going on is actually a drill or not.  Reactions to these exercises could easily lead to civilian accidents- how would you react if you were driving down the MacArthur Causeway and all of a sudden machine gun fire erupts over your head?

Take that boilerplate explanation for what it’s worth and assign whatever motives you wish as to the reasons behind this exercise.  For me, firing blank rounds over populous civilian areas shows about as much consideration to the public as the incident in 2009 which featured Air Force One needlessly buzzing over lower Manhattan, causing countless numbers of civilians to scramble in panic.