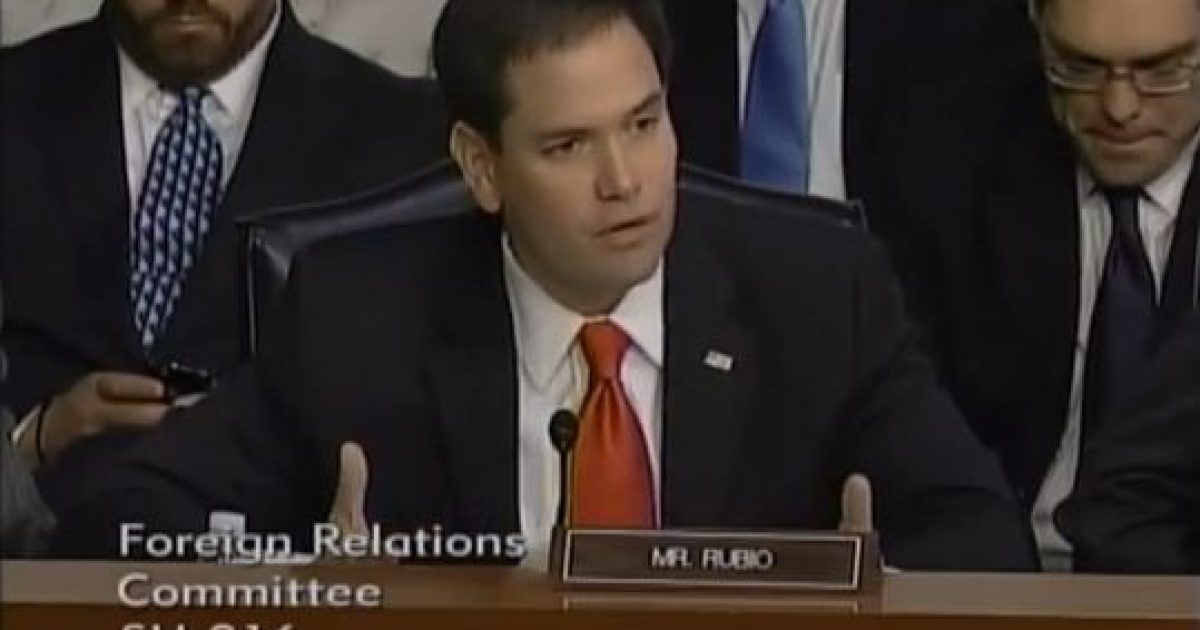 Senators Rubio and Cruz Take Jabs At Roe Vs. Wade

On the 40th anniversary of the controversial Roe vs. Wade Supreme Court ruling, junior Senator Marco Rubio and freshman Senator Ted Cruz have both condemned the ruling.

Rubio took  jab at the extreme ‘Left’ by throwing in the term “God-given” for good measure by bluntly stating that aborted unborn babies were denied the opportunity to celebrate a simple birthday.

Cruz pointed out the 55 million abortions that have been performed since Roe vs.Wade has robbed humanity of countless numbers of  would-be inventors, musicians and scientists who were “never allowed to breath their first breath of life.”

“Today marks the tragic anniversary of one of America’s most blatant instances of judicial activism that paved the way for the destruction of innocent unborn life. Since this decision, tens of millions of our nation’s unborn babies have been denied the chance to celebrate a birthday, begin kindergarten or go on to contribute their God-given talents to our world.

“As a U.S. senator, I am privileged to serve in a position that allows me to fight for the lives of the unborn. I will continue to fulfill my duty to fight to reduce the number of abortions. As with many of our nation’s most important debates, the battlefield of this issue is in the hearts and minds of the American electorate, and I pray that we can one day live in a society that fully cherishes every life from conception until death.

Today marks the dark anniversary of Roe v. Wade, the Supreme Court decision that overturned a Texas law that prohibited abortion on demand. Since that 1973 ruling, more than 55 million lives have been lost to abortion.

Defending life, at its core, includes protecting both the unborn child and his or her mother from an irreversible injustice.

We cannot know how many inventors, musicians, scientists, athletes, physicians, and entrepreneurs were never allowed to breathe their first breath of life. We cannot know the medical cures, artistic masterpieces, thriving businesses, and life-transforming charities that never came into existence.

Today we mourn those 55 million souls.

No right is more precious and fundamental than the right to life, and any just society should protect that right at every stage, from conception to natural death.