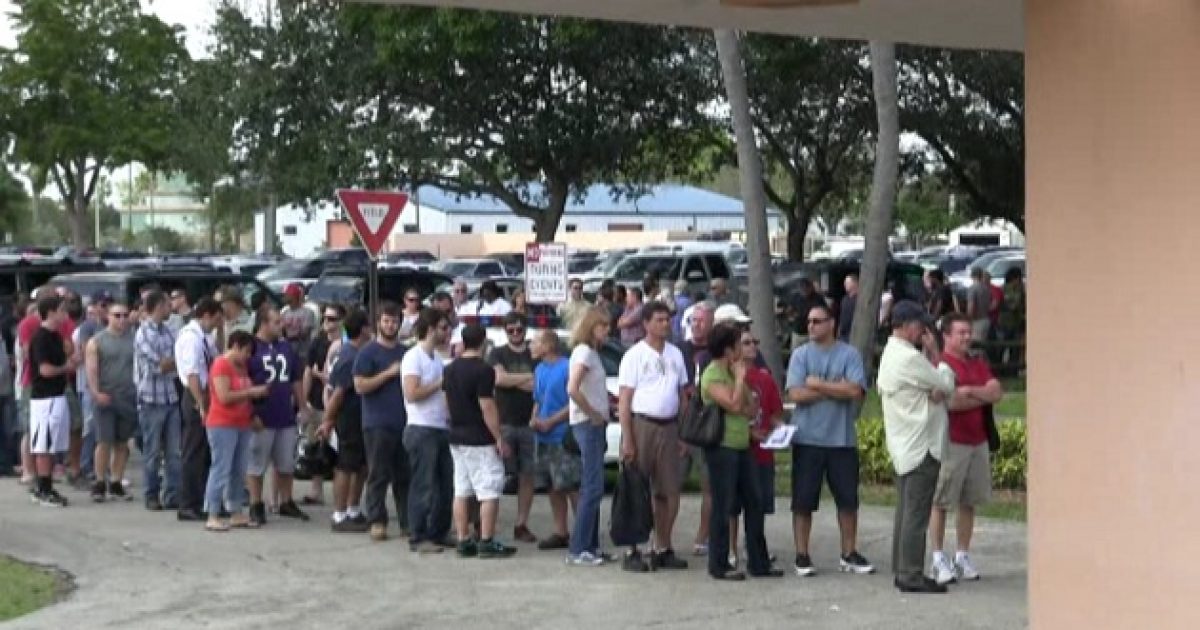 Business is booming at gun shows across the country, as record numbers of people are turning out in advance of a possible re-institution of an “assault weapons” ban in the aftermath of  the Sandy Hook Elementary shooting in Connecticut last month.  This past weekend’s Sun Coast Gun Show in Fort Lauderdale was the one of the largest attended gun shows to date, as extremely long lines curled around the venue and parking area.

Aside from a few anti-gun protesters who were busy spewing tired liberal talking points about how bad guns are and they should all be banned, the prevailing sentiment at the show was that of great concern over a possible ban on high capacity magazines and tactical rifles.

While the usual assortment of gun accessories, knives and ammunition were being sold, most of the vendors were focused on showcasing whatever tactical weapons they could find as well as high capacity magazines for both rifles and pistols.

I personally could not find one vendor who could or would sell me a tactical stock for my Mossberg 500 shotgun.  I was told by some of the vendors that while they usually had that item available, they were focused on rifles.

While many at the show were concerned about what President Obama could do as far as an Executive Order if a ‘gun bill’ failed to pass Congress, all were in agreement that the President is one heck of a gun salesman, as his reckless regime continues to provide more than sufficient motivation to gun owners to buy more guns and ammo.