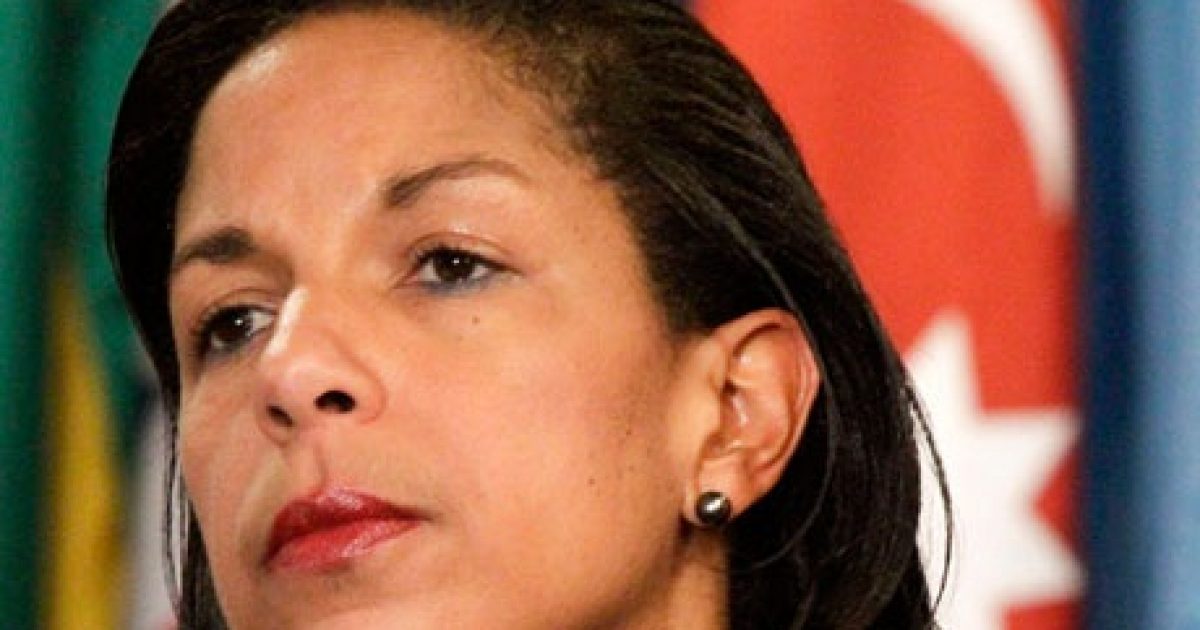 Rice Out of Contention for SoS

U.S. Ambassador to the United Nations Susan Rice has withdrawn her name from consideration for the soon-to-be vacated Secretary of State cabinet-level position that is currently held by Hillary Clinton.

Rice came under intense criticism and scrutiny from both Republicans and Democrats regarding her role in the aftermath of attack on the September 11th U.S. consulate attack in Benghazi. Rice was at the forefront of the Obama administration’s communications which falsely mischaracterized the attack as that of riots which escalated out of control in response to an obscure YouTube video rather than a planned terrorist event.

Subsequent information has proven Obama, Rice and others have disseminated false information about the incident, prompting key Republicans to indicate that they would oppose her nomination.

It almost goes without saying that if were blessed with an honest and objective media rather than the agenda-driven partisan one we have, Obama’s re-election chances would have effectively ended in the wake of his failures, coverup, and outright lies following the Benghazi attack.

It appears that Ms. Rice’s aspirations for a promotion are the first and perhaps only “casualty” the Administration has incurred. However, to consider this a “victory” of any sort misses the major point- to date, the individuals who deserve to be aggressively questioned and held to account for their negligence and possible treason within the Administration have essentially skirted all responsibility, making it highly unlikely that anyone will incur any real consequences for their actions in advance of the murder of four Americans in Benghazi.