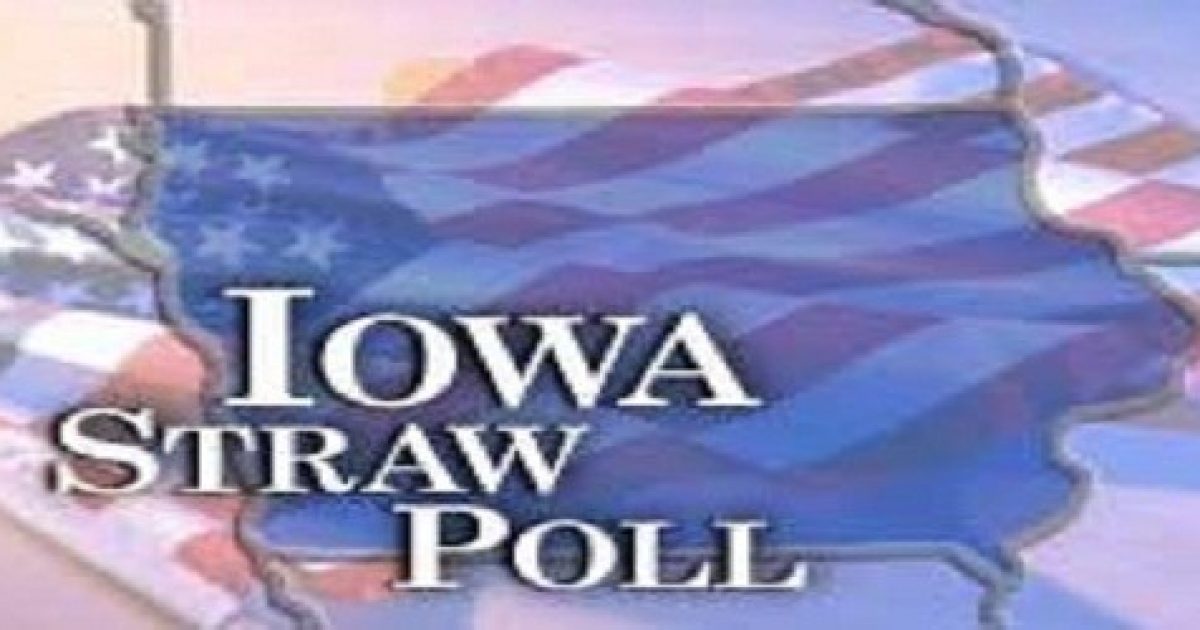 Could the Iowa straw poll, which has proven to help shape the presidential field of candidates over the past several election cycles, be on its way to being shelved in 2016? And could this benefit the Republican Party of Florida? Last month Iowa’s Republican Governor Terry Branstad told the Wall street Journal that “”It has been a great fundraiser for the party but I think its days are over.”

But while many side with Brantstad that the Iowa straw poll is more of a sideshow than a viable election gauging tool, there are those who want the poll to continue because it(poll  has shown to have helped some of the less known and under-funded candidate gain much needed name recognition and campaign momentum.

In 2008, Republican presidential candidate Governor Mike Huckabee’s second place Straw Poll finish gave much needed light to the dark horse candidate.  And in 2012, Congresswoman Michele Bachmann won the poll, instantly boosting her to frontrunner status. Congressman Ron Paul finished in a close second place, emboldening his base even more than it already was.

“Gov. Branstad is wrong, and this is not a decision he will make anyway,” said A.J. Spiker, who played a key role in orchestrating Ron Paul’s second place finish 15 months ago. “It is a decision the party and the candidates will make…I am surprised any Iowan would ever talk it down.”-(Source)

While it can be the wind in the sail, the poll can also be the nail the campaign coffin. Former Minnesota Governor Tim Pawlenty finished dead last in the poll, ending his Presidential run.

Chances are that Iowa will keep their straw poll because of the obvious and negative economic ramifications to the state, were the poll to be shelved. Why would the press and/or future presidential candidates and their constituent’s even bother to campaign in Iowa during election season, if the buildup to a possible deciding poll was absent?

Expect Florida’s Republican establishment to be mulling over this post, and wondering what, if anything else they can do make Florida more enticing in 2016 and beyond. We reached out to the Republican Party of Florida for comment, but the powers that be would not, or could not comment on the matter. Apparently some in the party are still hung up on blaming the Romney campaign for the  Republican losses suffered throughout the state.