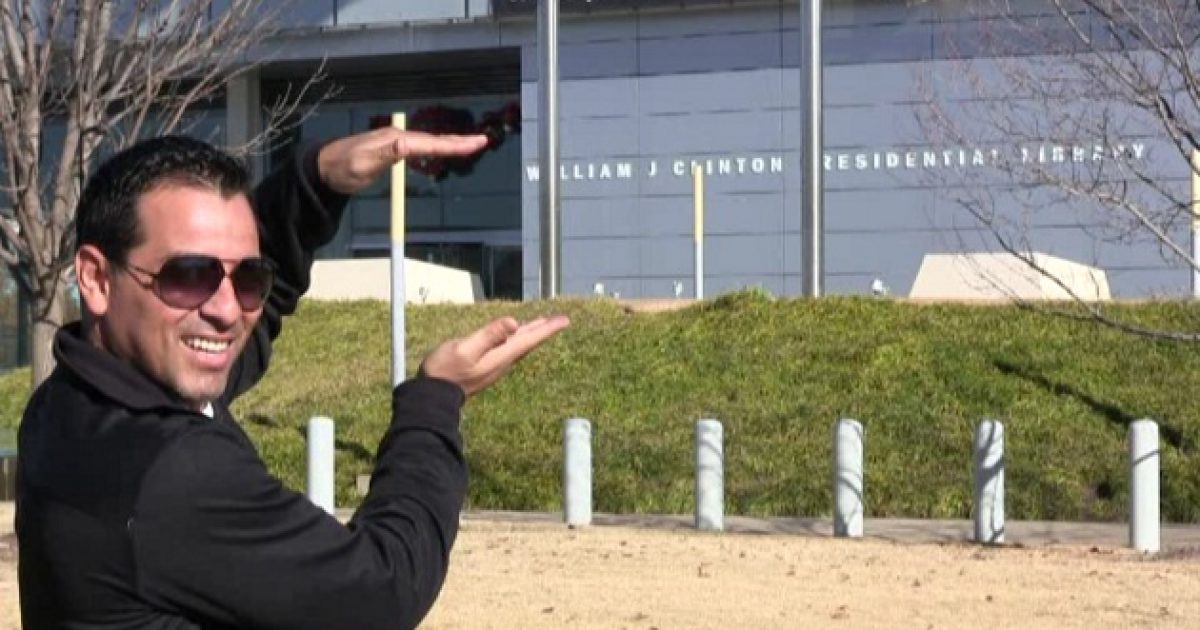 Your lovable little Fuzzball of a reporter decided to brave the congested Thanksgiving travel weekend by making a short trip to Little Rock, Arkansas- while I had planned that the trip would be more of a relaxing retreat that would clear my mind and recharge the batteries, work never made its way out of the mix throughout the the trip.

I documented the unfortunate TSA encounter that I had at Fort Lauderdale airport in which the TSA allowed me to fly without providing any form of picture ID.  While some have suggested in the comments section of the article that I should have voluntarily requested not to fly, I believed that it was more important to verifiably document what I believe is a serious airport security gap- I don’t make the rules, I live under them.  The fact that my credit card was sufficient for the TSA to allow me fly should be very concerning. (TSA-No ID? No Problem! )

Anywho, while I was gallivanting around Little Rock, it was essential for me to visit the famed William Jefferson Clinton Library and Massage Parlor (H/T Rush Limbaugh) and see for myself how Clinton’s presidency was being spun to further enhance his legacy.

Here I am sizing up the Bill Clinton Library in Little Rock, Arkansas.

This structure on top of the museum is actually the Clinton’s  Little Rock apartment. Locals refer to it as Bill’s ‘Love Shack.’

Here I am sitting in one of Slick Willy’s White House cabinet chairs. The entire cabinet room where Bill held his meetings was essentially transplanted from the White House right into the library.  In case you’re wondering what I was thinking about, I was simply trying to channel Bill’s mojo without the aid of cigars, of course.

This is section of the Clinton Library that outlines, according to Bill and friends, what ‘really’ transpired during his impeachment investigations. You can only imagine how the Clinton’s spun this shameful episode of American history in order to make Bill look like a choir boy. Interestingly enough, I still hadn’t come across any cigars on display.

Clinton’s good pal Arsenio Hall also has a letter that he wrote to him on display.  Notice how Mr. Hall watermarked the paper he wrote the letter on with his own image.

The naming of this bridge is kind of funny- it’s the longest pedestrian bridge ever built, about 1.3 miles long. It was about 50 degrees when I arrived, but as I walked across the bridge, the blowing wind dropped the temperature significantly.