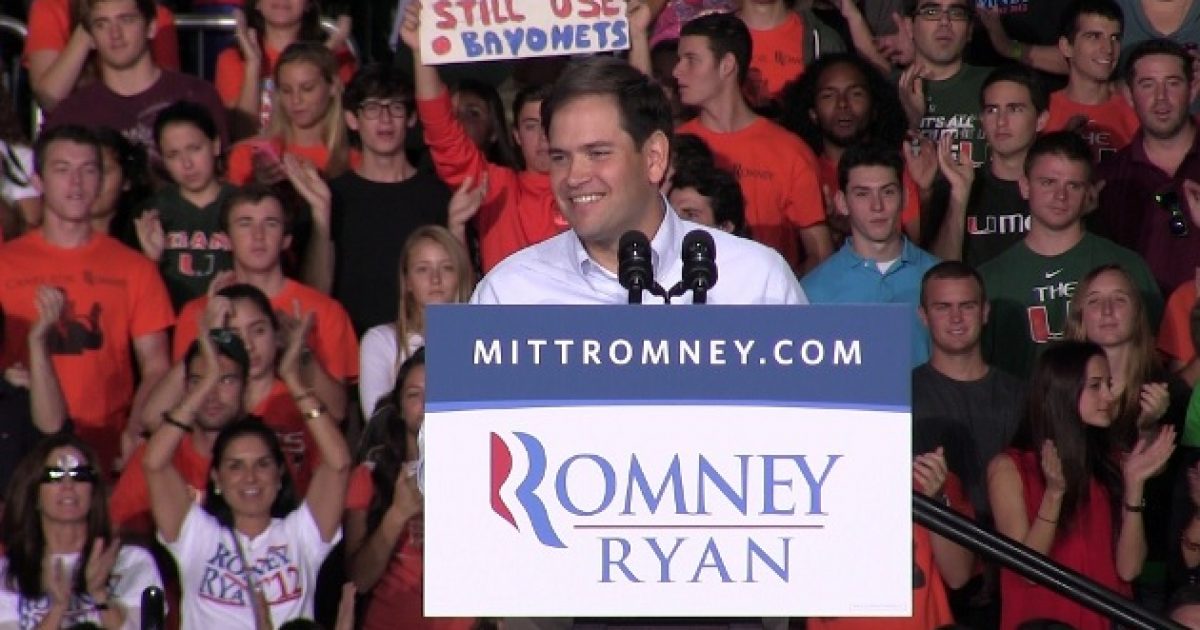 Senator Marco Rubio’s scheduled trip to Iowa at the end of this month has the media buzzing about a possible 2016 presidential run. In the wake of Tuesday’s disastrous loss to President Obama and four more years of economic decline and political payback in the offing, many Republicans believe that Rubio represents the Party’s best shot to win the Presidency- or at least be part of a winning ticket.

But is this trip to Iowa just a big misdirection by Rubio to keep the buzz going about a potential run?  Some believe that it is, but many others seem to believe this is an earnest ‘shot across the bow’ by Rubio to the potential 2016 Republican Presidential field that he will be a candidate and is an early front runner in the race.

Rubio refrained from discussing a possible VP nod throughout the 2012 election cycle, but he did tell some within his inner circle of supporters that he  would take the VP spot if it was offered.  Rubio has also expressed interest in a possible future presidential candidacy to a few of his close surrogates who for obvious reasons do not want to be named.

Because of Rubio superior communications skills and Hispanic heritage, both Republican and Democrat pundits believe that he is not only the likely 2016 Republican nominee, but is someone who can effectively message and win back Hispanics who broke 7-3 against Mitt Romney.

Recent commentary on the current state of the Hispanic vote is troubling, and there are legitimate questions about just how much a Rubio candidacy can do to make inroads within a segment of the electorate that appears to be changing its priorities and values.

Rubio would need to make appreciable gains with Hispanics as well as turn out the Party’s base, which stayed home in increasing numbers on Tuesday.

Senator Marco Rubio is one of the brightest stars the GOP has right now, and its just a matter of time before he decides to run for President- is Rubio the answer for Republicans with an identity challenged electorate that is trending to the left?