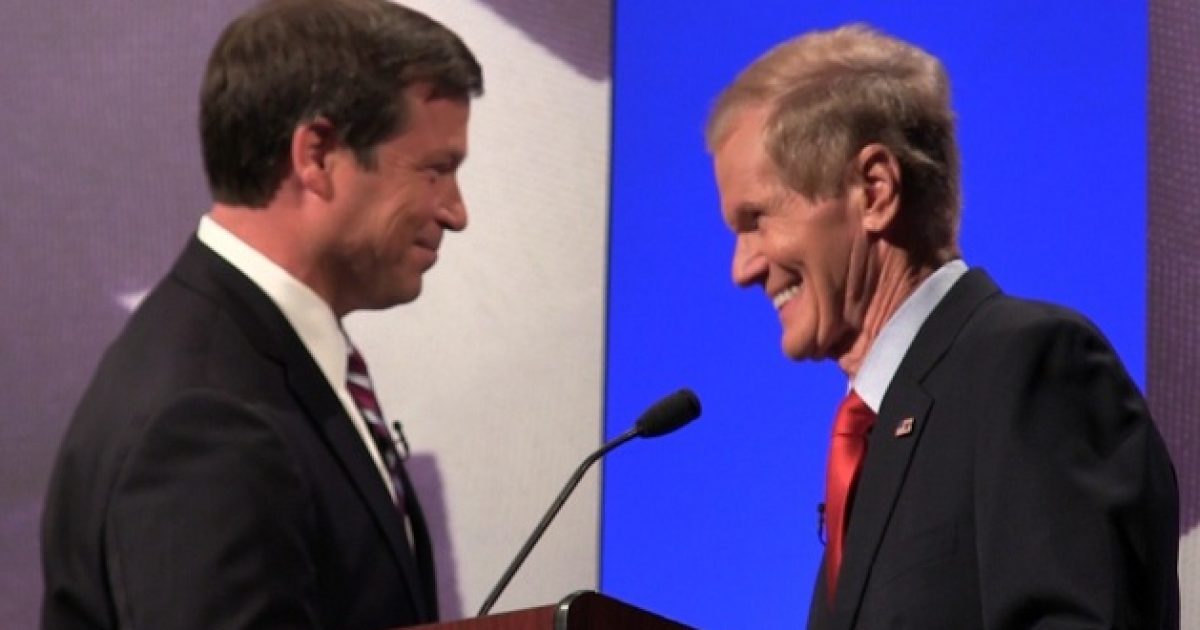 Senator Bill Nelson and Congressman Connie Mack participated in their only debate of the 2012 general election cycle on the campus of Nova Southeastern University in Davie last night.

Mack has issued numerous debate challenges to Nelson in the run up to last night, but Nelson was very reluctant to agree to any debate format except for one which was ultimately negotiated with some very restrictive rules that his side demanded.

The debate was telecast live across the state, but most unfortunately for viewers, debate was limited one hour long- not nearly enough time to permit the candidates to fully discuss the key issues that are affecting Floridians.  Operating under very tight time constraints, the candidate’s answers were restricted to one minute and fifteen seconds and rebuttals were limited to thirty seconds.  Debates held under these types of restrictive rules this are also almost counterproductive, as there really wasn’t enough time for the candidates to delve into the substance of these complicated issues.

When all was said and done, most people in the hall believed that Congressman Connie Mack won the debate on style and points.  Nelson didn’t fully articulate his answers, was unable to defend his record, and was forced to go on the attack against Mack. NBC 6 viewers also thought that Mack defeated Nelson (Source–NBC 6)

While Nelson did land a few good zingers against Mack, it seemed as if he was unable to make any convincing case as to why he should be re-elected or whether his vote in the U.S. Senate were truly cast in the interests of Floridians rather than President Barack Obama’s.

All in all, there were no debate knockout punches and both men held their own, but Mack likely won the perception game in this one.

After the debate, Mack kicked off his second bus tour which heads into to Central Florida today.

We’ve clipped the video from the debate and broken it down into several short segments in case you missed it.

Violence Against Women Act-Nelson voted for it, but with changes. Nelson admits that he couldn’t get the bill out of the Democratic controlled Senate because the votes weren’t here.

Job Creation-Mack schools Nelson on this