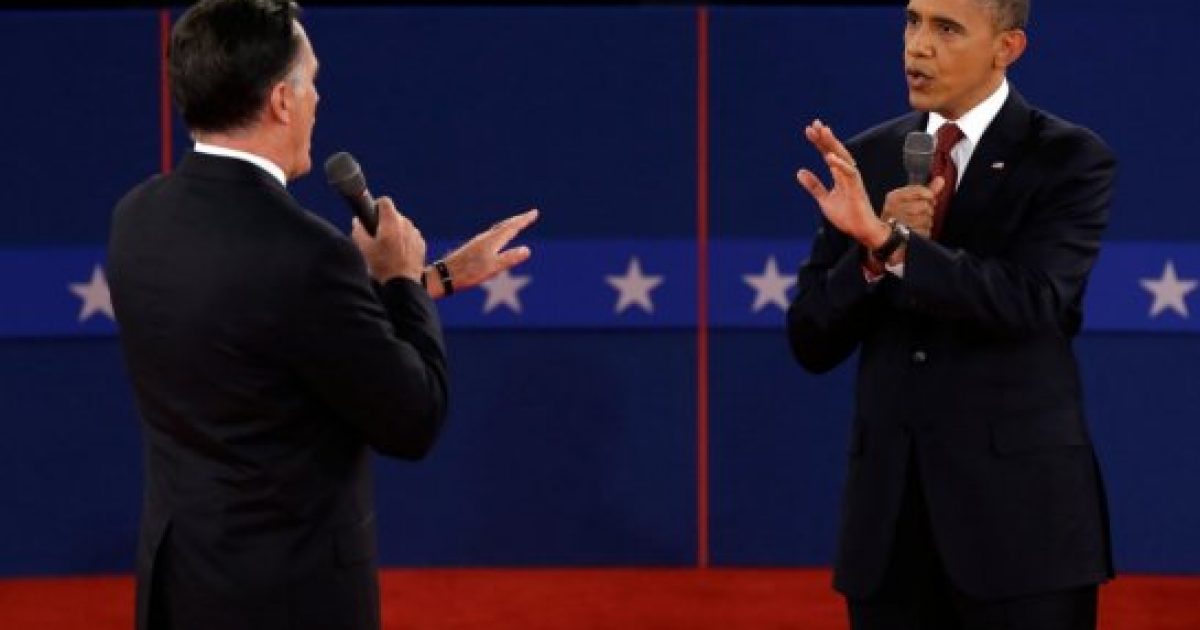 Debates like last night’s presidential debate are somewhat harder to sit through in their entirety for a number of reasons. When you’re witnessing a debate with a moderator who thinks that selective fact checking is a part of the job description, or worse, when you’re watching Barack Obama attempt to paper over his record and make his toxic agenda sound a lot more palatable and reasonable than it actually is, it is very tempting to change the channel over to HGTV.

But I resisted the temptation and hung in there even while listening to frivolous audience questions such as “How are you different than George W. Bush” and “Do you support equal pay for women.” Just embarrassing, CNN.

Most of the pre-screened questions approved by moderator Candy Crowley sounded as if they were questions originating from Obama’s own campaign that were intended to put Romney on his heels. Trust me, I won’t be holding my breath next debate for a question that asks if either Romney or Obama differs from Jimmy Carter or if Hooter’s should be allowed to continue its notorious policy of gender discrimination against male servers.

While there was no decisive winner as there was in the first debate, Mitt Romney did well on certain questions- particularly on the question of immigration, but he also missed several opportunities to really drive the President’s nose in the dirt- most notably on the question of the administration’s deception in the aftermath of the attack on the American consulate in Benghazi on September 11th.

What was absolutely outrageous to witness was when Crowley essentially ran cover for President Obama on the issue, unilaterally backing up Obama’s claim that in his press conference the day after the incident, he characterized the assault on our consulate and killing of four Americans as an “act of terror.” However, this assertion conveniently misconstrued the president’s actual remarks- the intention of which did not characterize the specific incident as an “act of terror.”

What President Obama actually stated were that “acts of terror will never shake the resolves of this great nation”, but he was generically referring to acts of terror committed in the past against Americans, not characterizing the attack in Benghazi as one. When you read the transcript of the press conference, it’s clear he’s referring to past terror attacks, as in the next line he stated that “today we more four more Americans four more Americans who represent the very best of the United States of America. We will not waver in our commitment to see that justice is done for this terrible act. And make no mistake, justice will be done.”

Notice- “Terrible Act” was used to describe the incident by Obama, he didn’t refer to it an “act of terror,” as he was still ludicrously blaming a YouTube video as the cause of the attack. It’s a distinction with an important difference.

Unsurprisingly, CNN did a “fact check” on the matter which is nothing more than a CYA done on behalf of the President.

Now this is speculation on my part, but I think that Crowley intentionally picked her spot – the Benghazi issue- to intervene on his behalf and save Obama’s bacon. It’s the issue where Obama was clearly most vulnerable. Romney had a real opening to harshly criticize the ineptitude of this Administration and hang Obama out to dry, but unfortunately, Obama’s feigned outrage and distortion of the issue was the end of the exchange.

A few other takeaways from the last night- while this debate was a much more contested affair, it’s likely that Romney prevailed on the matter of style with undecided and independent voters- in addition to winning substantively on issues that people are most likely to vote on. For proof, see CNN’s breakdown on four separate issues as follows-

So even as Romney “lost” the debate in the CNN Poll by a 46-39 margin, what’s interesting is when you drill down on the issues- deficit, taxes, health care and economy, Romney won each of them. What’s more, Romney totally dominated the most important issue- who would better deal with the economy better 58-40, and that likely translates into continued progress among undecided voters for Romney.

Up next is the third and final debate right up the road at Lynn University in Boca Raton on October 22nd, and the Shark Tank will be there. Expect Romney to sharpen his criticism of Obama’s handling of Benghazi aftermath in the debate which will focus exclusively on foreign policy.