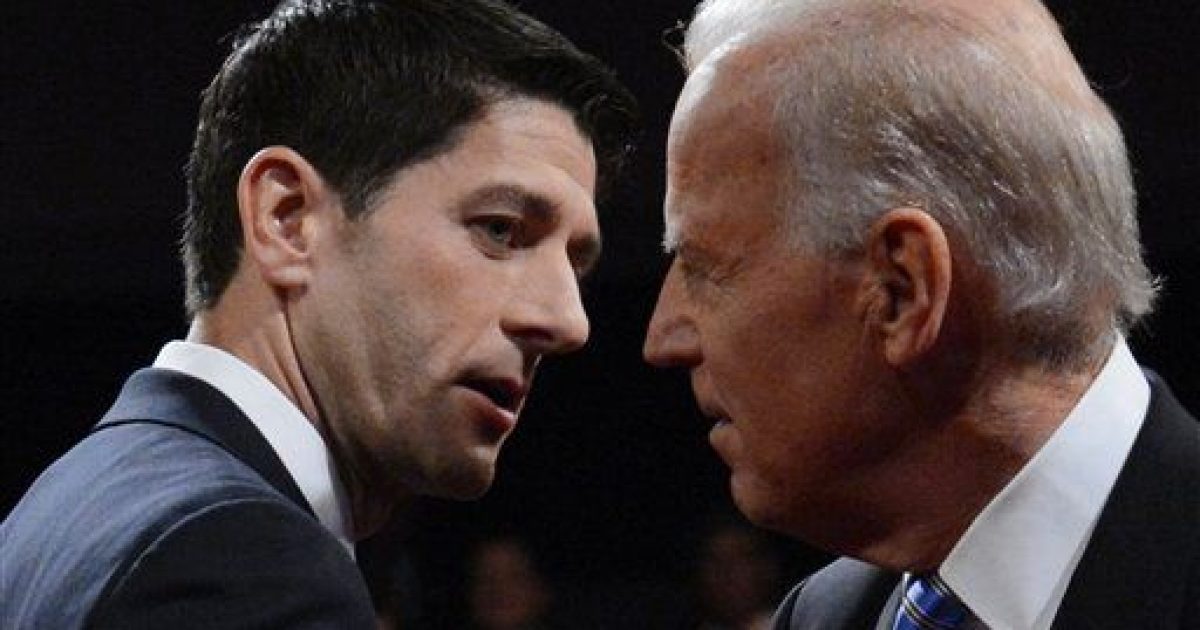 The latest Mason-Dixon poll of likely voters in Florida conducted for the Tampa Bay Times/Bay News 9/Miami Herald has Mitt Romney surging ahead of President Barack Obama 51-44 with 4% undecided, a substantial change from last month’s survey which had Obama up by a point 48-47.

The poll of 800 likely voters was conducted subsequent to last week’s commanding debate performance by Romney, and the poll reflects the likelihood that many people were indeed swayed by Romney’s performance in the first presidential debate.

There is no simply no way to spin these poll results favorably if you’re an Obama supporter- and after last night’s vice-presidential debate, it’s hardly likely that Joe Biden endeared himself to millions of undecided voters with his less than charming persona, dismissive mannerisms and patronizing laughter that he exhibited towards Republican vice-presidential candidate Paul Ryan.

According to estimates, Biden interrupted Ryan on 82 separate occasions during the debate. How ironic is it that so many lefty pundits were complaining after the first presidential debate that moderator Jim Lehrer in their eyes had “lost control” of the debate proceedings.

Losing control of a debate, as most people would likely understand the term, means that there are repeated interruptions by one candidate over another which makes the dialogue unable to be comprehended or for it to continue along unimpeded.  Martha Raddatz, in this humble blogger’s own opinion, did lose control of the debate on several occasions because of Biden’s interruptions, and yes, foolish lefty bloggers are of course praising her performance as “way better” than that of Lehrer’s.

Nevertheless, Raddatz wasn’t a determining factor in the debate, and the lasting impression that most people will be left with is that of Biden’s boorishness.  As per usual, liberals sense that the proceedings are “losing control” when their side is losing the debate on the merits of the arguments being made.

While Biden no doubt fired up his base with his debate performance, he likely alienated many undecided voters with his condescension and derisive attitude- remember, for angry hard core Democrats, Biden’s arrogance and defiance in the defense of his untenable record, failed policies and administration scandals is “winning” in the eyes of his core supporters.

The RNC immediately released a video highlighting Biden’s childish laughing and demeanor during the debate, and it’s a pretty damning one-