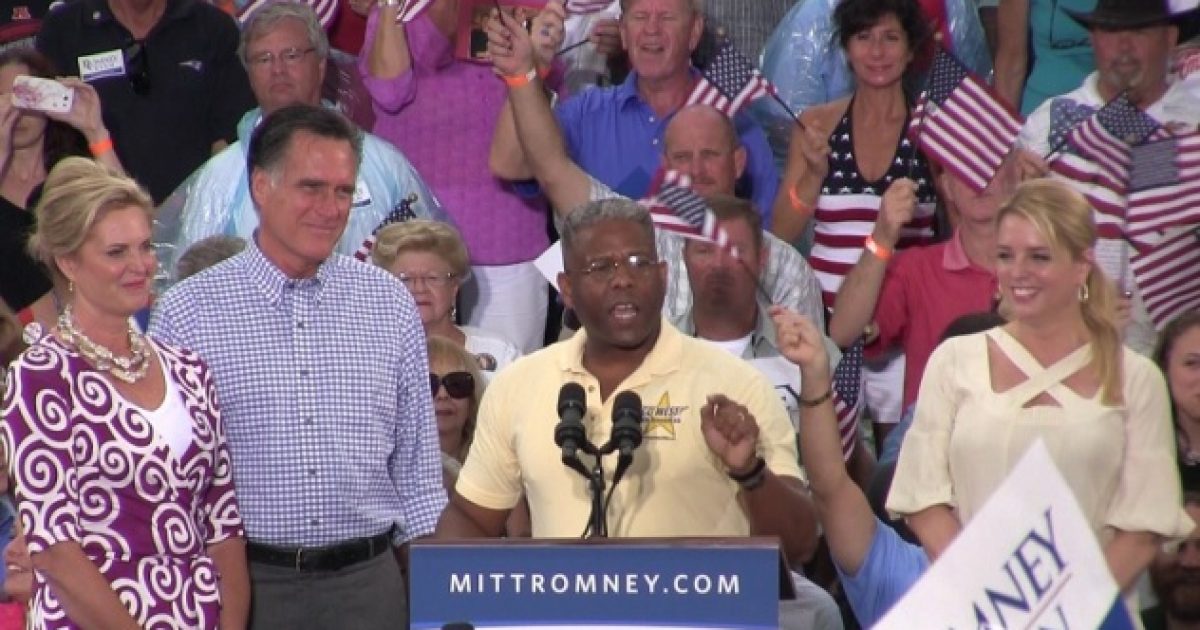 Congressman Allen West joined Romney at the event, as  West’s new Congressional district encompasses most of St. Lucie County. The crowd expressed a huge roar of approval as Congressman West was introduced to speak to those assembled.

West, as always, did not disappoint, referring to Vice Presidential nominee Paul Ryan as his “fox hole buddy.”

It’s a race between what is simply called the opportunity society versus the dependency society. -Congressman Allen West