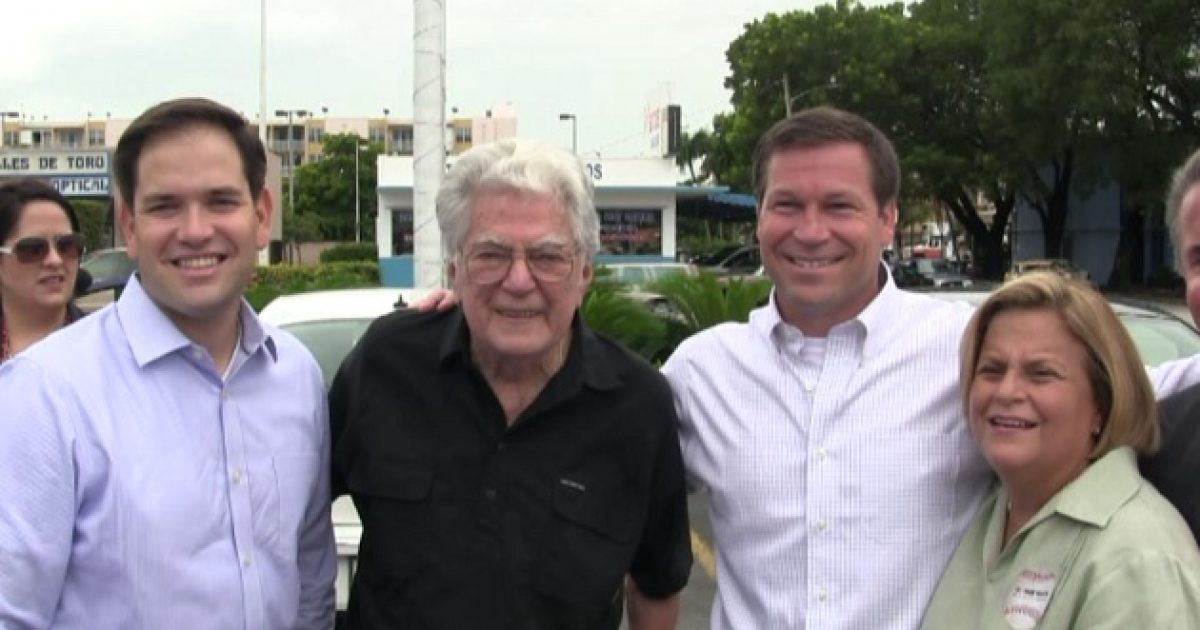 Fresh off his statewide ‘RV ‘Freedom Tour’ across the state of Florida, Congressman Connie Mack took his senatorial campaign to the historic Versailles restaurant in Miami, where he met up with U.S. Senator Marco Rubio and Congresswoman Ileana Ros-Lehtinen. Recent polls have Mack down to Democrat Senator Bill Nelson, and some Republicans seem to feel that Mack has not campaign aggressively enough  to beat the incumbent Nelson in next month’s general election. But Mack could very well have the advantage in the race since Nelson has backed all of President Obama’s failed policies, policies that are proving to be a liability for the both men.

Congressman Mack focused his address and subsequent news gaggle on foreign policy, which is always a plus when addressing the Cuban exile community. Mack stated that President Obama’s has “failed” at that his foreign policy is “crumbling around him.”

Mack didn’t hesitate in criticizing the Obama administrations for their apparent ‘cover up’ of the recent Benghazi consulate terrorist attack.  Mack said that Obama needs to “Shoot straight with us and tell the American people what’s going on.” He also added that “They are not telling the truth, they are not being upfront with us.”