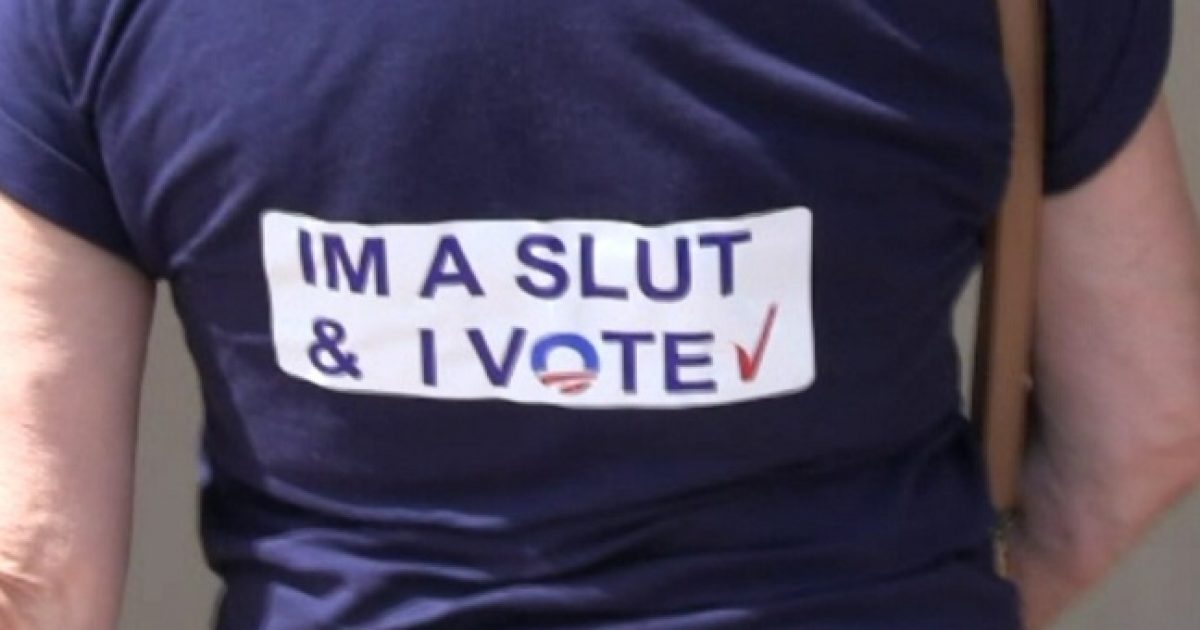 There’s some very colorful support for President Obama among the Democrat ranks in South Florida.  At a Patrick Murphy for Congress event in Fort Pierce, Florida, a woman leaving the event took a few minutes to talk women’s rights with the Shark Tank. Murphy is running against Congressman Allen West, and Murphy’s campaign staff booted the Shark Tank out of the event that featured free-contraceptives advocate Sandra Fluke and only drew about 75 attendees, including staff.

This unnamed woman in the video was very open about her thoughts about abortion and was a strong supporter of both Fluke and Murphy. At the beginning of the interview, another Murphy supporter tried in vain to peal a bumper sticker off  the woman’s back, but he failed.  This same man was the individual that accosted a Shark Tank camerman moments before the woman stepped in front of the Shark Cam.

The woman wore a Patrick Murphy for Congress t-shirt, an Obama 2012 pin along with a bumper sticker which stated that “I’m a Slut, and I Vote.”

You gotta hand it to the woman for letting it all hang out, so to speak. Here is her take on women being sluts, a must watch video….

You know what, it’s just another name (Slut) for a female. –Woman wearing a Patrick Murphy for Congress t-shirt