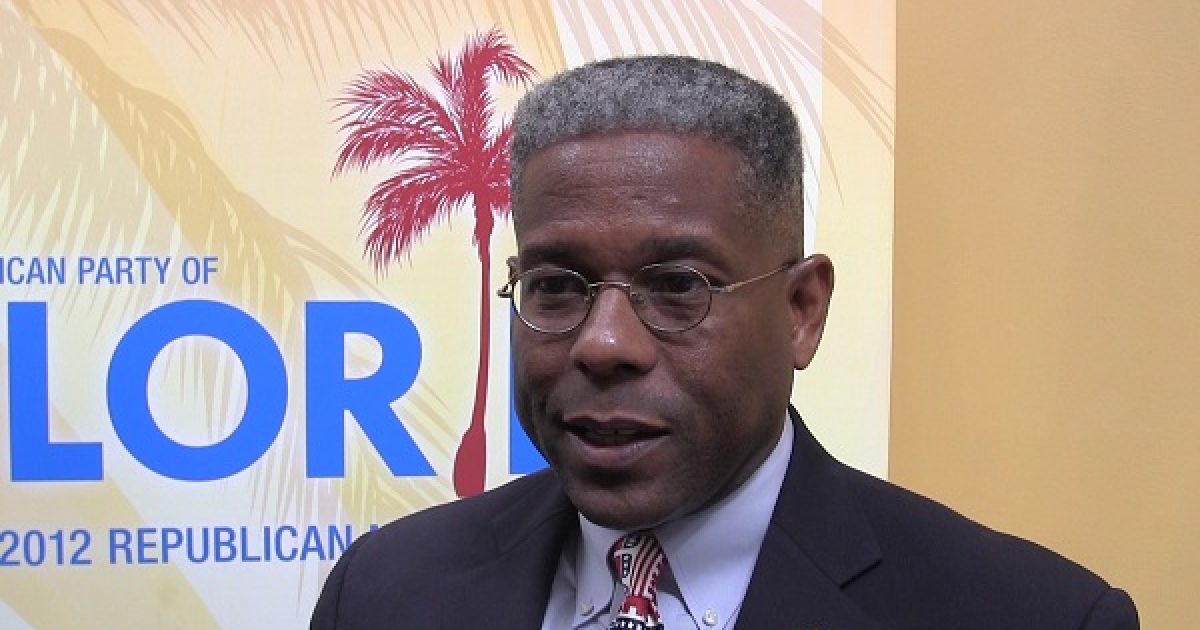 Congressman Allen West had a few choice words to describe his congressional  opponent Democrat Patrick Murphy and his absentee campaign during a sit down interview with the Shark Tank.  West has been the  target of a ‘Murphy & Son’ tag team effort that has the elder Murphy funding a Political Action Committee that is solely aimed at defeating West, while the junior Murphy has tried to outflank the former Army Colonel with his very questionable and misleading campaign attack ads.

West countered  these maneuvers with a little political “shock and awe” of his own by airing several blistering anti-Murphy campaign attack ads.

“This a person who doesn’t want to be in front of the public, he has no ideas, he does not address any of the issues, he is the emptiest of an empty suit-I think he’s just a name on the ballot.”-Congressman Allen West

Murphy has already dodged several debates and is trying to ‘manage’ the upcoming debate hosted by a local NBC affiliate in order to best suit his strengths and avoid what could result in a major embarrassment for his campaign.  Murphy has also refused to debate West in an open town hall debate format. For those of you not paying close attention to this race, it was West who initially proposed four debates with Murphy. Usually it is the challenger that requests debates, not the member of Congress or incumbent in the race.

We asked West about Murphy’s recent statement where he refers to the congressman as “the one.” West responded in the typical Allen West manner-

“In case anyone has any confusion, I’m running against a guy name Allen West. This is the one that thinks there’s 78 to 81 communists in Congress, the one that called his fellow member, his actual congressperson Debbie Wasserman Schultz ‘vile,’ ‘despicable’ and not a lady. He also thinks that President Obama is the dumbest  person walking in America.” –Patrick Murphy (Source)

If you liked the article, please share it.
0SHARES
ShareTweet