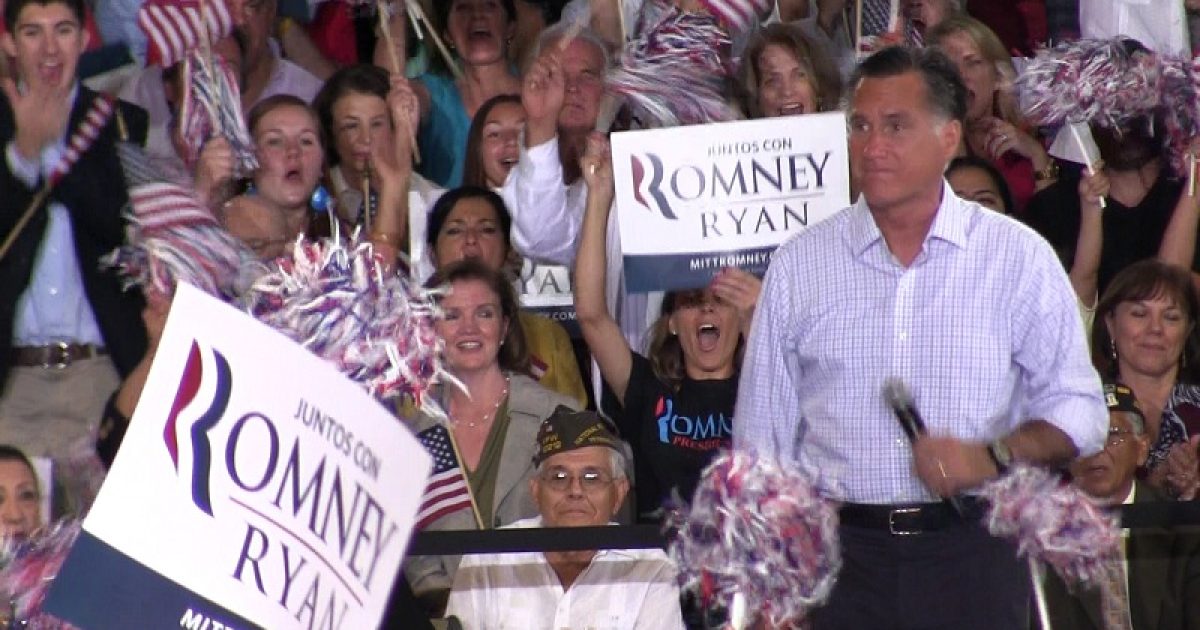 Mitt Romney- Obama “Out of Excuses, Out of Ideas”

GOP Presidential nominee Mitt Romney put on a ‘Juntos con Romney’ rally in Miami, Florida, where no less than 4000 attendees showed up to support Governor Romney’s candidacy for President of the United States.

The rally was obviously aimed at exciting the coveted Hispanic vote as well as attempting to reach out to new voters. During his address, Romney name-dropped several prominent hispanic elected official,  the one official’s name he mentioned that ‘raised the roof,’ so to speak, was that of U.S. Senator Marco Rubio.  Rubio is a native Miamian and can do no wrong in their eyes.

Romney brought up the Obama’s redistribution remark from 1998, and said that the redistribution of wealth philosophy has not worked elsewhere and will not work in the United States.

But Romney did not stop there. Romney criticized Obama for not taking responsibility as Commander-in-Chief, but instead blaming it on someone else. Romney was obviously referring to President George W. Bush, and even though he didn’t actually invoke his name, he didn’t have to.

Romney took a well measured swipe at President Obama, when he mentioned the recent hunger strike by two Cuban dissidents being persecuted in Cuba, before ripping  Obama for staying silent during the Iranian protests that left 36 dead and hundreds injured at the hands of the Iranian government.

We have his record, and his record will speak louder than his words will ever speak.

He is making America, more and more like Europe, Europe doesn’t work in Europe.

In this country, when people do achieve success, we celebrate it, we don’t denigrate it. And if you are one of the one’s that starts a little business and it gets larger and successful, and you’re able to hire other people, we say thank you to you because we know you built it.