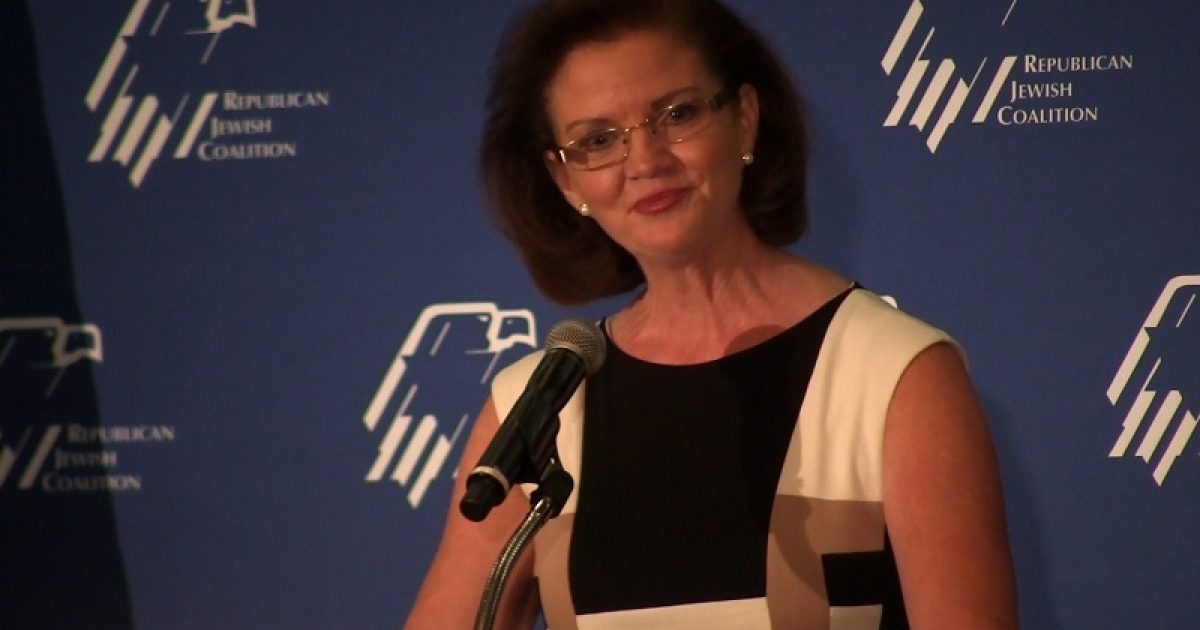 Harrington, who is running for the U.S. Congress against Congresswoman/DNC Chairwoman Debbie Wasserman Schultz, had the dubious task of following Ambassador Bolton and Congressman West.  Harrington understandably misspoke a couple of times, the first being  when she called out Wasserman Schultz on her lie about Republicans being “dangerous for Israel.”

Harrington was quickly reminded by an attendee that what she meant to say was “Jersualem” and not Israel. The crowd didn’t care much for her small gaffes, instead showered her with huge cheers and two standing ovations.  During her address, Harrington made fun of the week-long worth of bad press Congresswoman Wasserman Schultz had received.

As the Ambassador touched on, she had a pretty bad week, ya think? Does a Liberal know its a lie, if they believe it to be true?- Karen Harrington

Harrington also told the crowd that if  Wasserman Schultz retains her seat in Congress, that she may one day become Speaker of the U.S. House of Representatives.

If we don’t take out someone like Debbie Wasserman Schultz now, and God forbid the Liberals ever take back control of the House, she will be the next Speaker of the House. Oy Vey! – Karen Harrington

Karen Harrington has made national news after calling on Congresswoman Wasserman Schultz to release her tax returns, and challenging her to five debates.

Wasserman Schultz Getting Booted From DNC