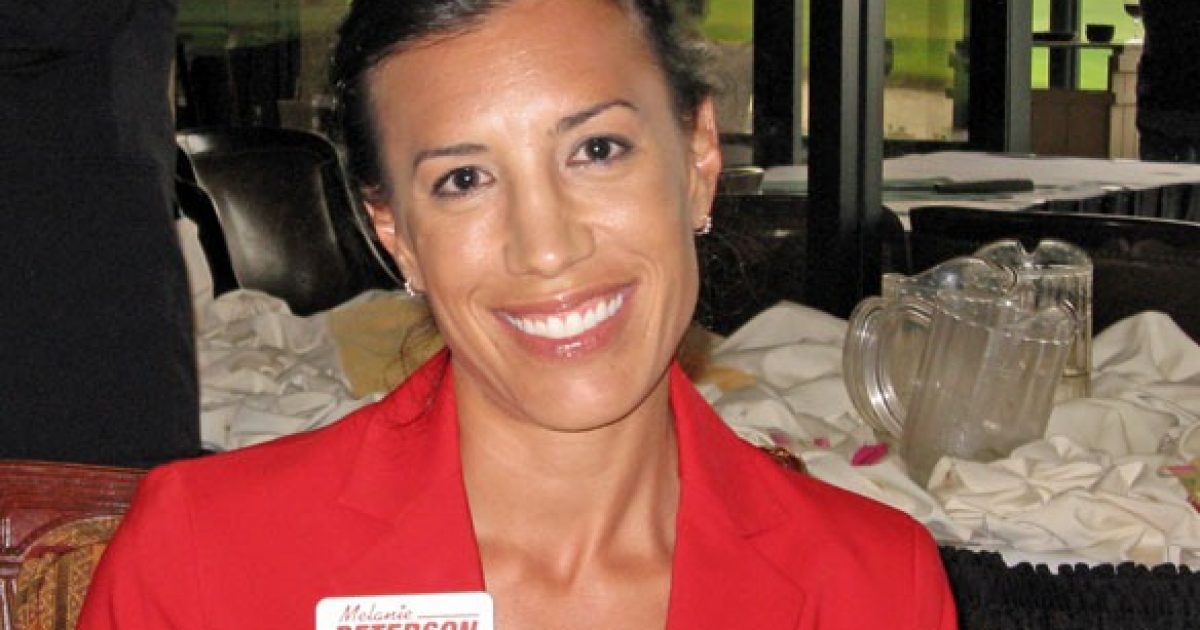 Peterson Wins Close Primary Over Sommers, Faces Off With Abruzzo in November


In a state senate primary election that wasn’t officially decided until the last two precincts reported in Palm Beach County, Republican Melanie Peterson beat her primary opponent Geoff Sommers by 182 votes out of 16,896 votes cast in the District 25 race.

Peterson’s victory came against strong headwinds that emanated from many key players in the Palm Beach County Republican establishment who aggressively backed Sommers throughout the race.

We’ve previously reported on the odd facts and circumstances of this primary race and questioned out loud why certain influential Republicans would back Sommers, a young political newbie whose own political action committee had actually contributed money to State Representative Joe Abruzzo, who is now Peterson’s general election opponent.  Most notable among Sommers’ supporters were the folks over at the BIZPAC Review who endorsed Sommers after BIZPAC, the publication’s closely-tied political action committee endorsed Abruzzo in the race immediately after the boundaries of the legislative district was finalized.

Peterson waged a very strong grassroots farm-to-farm, door-to-door campaign across the county and was just able to prevail, setting up her showdown with liberal State House Representative Joe Abruzzo.

The Shark Tank would like to take this opportunity to officially endorse Melanie Peterson for State Senate in District 25.  She’s proven herself throughout this campaign season as a thoughtful and principled conservative candidate, and her ample private sector, agricultural and civic experience will enable her to effectively represent the residents of Palm Beach County.  We support Melanie Peterson for State Senate, and we unreservedly believe that she is clearly a better choice for supporters of home rule, fiscal restraint and limited government than her general election opponent Joe Abruzzo.

Will BIZPAC Review now support Republican Melanie Peterson in the general election, or will they double down in their support of Abruzzo?  If BIZPAC continues to support Abruzzo, will they go on the record as to why exactly they support him?  Will many of Sommers’ supporters and campaign staffers who are closely tied to BIZPAC publicly come out in support of Peterson but undermine her campaign behind the scenes?   We’ll be following this race closely, as it will no doubt be revealing as well as an interesting one to watch.