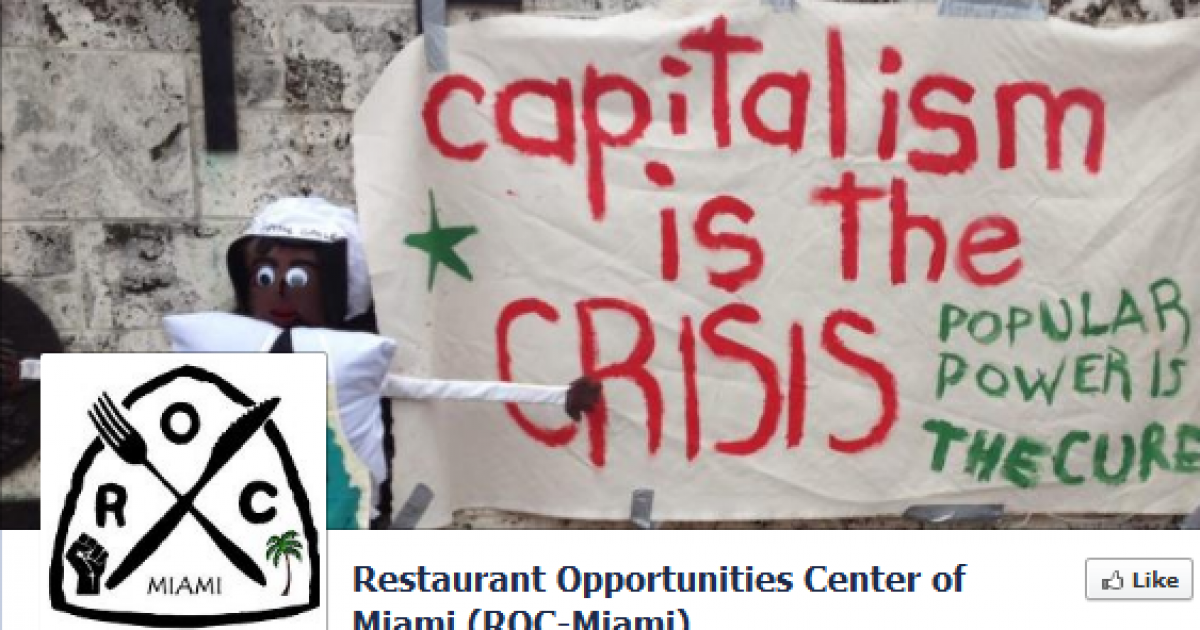 With President Obama and Republican Presidential nominee Mitt Romney going toe-to-toe in campaign ads and independent expenditure committees also jumping into the fray, it was only a matter of time before the deluge of Obama-backed, Alinsky-style “community-based organizations” began their assault on the airwaves.

At the press conference, the ROC released a report that in short stated that employers should be required to offer government-mandated paid sick days to all employees.  Businesses would argue that they already have policies in place to allow workers take to time off as necessary when sick, and a one-size-fits-all government mandate with the additional cost of compliance is untimely at best.

Beyond any benefits of the policy itself for labor and left wing activists, this issue polls well, and it allows them to galvanize and organize their base ahead of Election Day.

But who are these organizations?

At a time when the federal deficit is growing and the economy is struggling to recover, the ROC in particular has secured taxpayer dollars ($250,000) to promote this far-left agenda to lawmakers as well as to engage in overt political action and unjustly attack employers.

Many Americans were shocked when it was disclosed that ACORN had been receiving taxpayer dollars to pursue a fraudulent and radical agenda that was designed to influence elections.  Like ACORN, the ROC leadership and its members are self-described anti-capitalists, socialists and communists.

ROC founder, Saru Jayaraman displays a sign on her door that reads, “Capitalism is not healthy for children and other living things.” Collectively, the ROC represents the far left fringe of the liberal movement in America.  The ROC, like ACORN has abused taxpayer funds to build a constituency and organizational infrastructure that they leverage toward their political ends.

Capitalism is not healthy for children and other living things. -Saru Jayaraman, Founder, ROC

Structurally, ACORN and the ROC were set up as non-profits by unions in order to secure taxpayer funds and operate free of strenuous oversight by the Internal Revenue Service, National Labor Relations Board and Federal Election Commission.  Like ACORN, which was founded by SEIU Southern Conference and Local 100 founder and president Wade Rathke, the ROC was founded and funded for its first four years of operation by UNITE HERE.

Contrary to what anyone from the organization will tell you, the ROC’s political tactics involve direct coordination with unions to select non-union employers as the targets of protests, lobby elected officials, politically organize for specific legislation or regulation and engage in electioneering activity.  A quick visit to ConfrontCorporatePower.org should tell the whole story, but more specific examples include the recent 15-month protest of the Andiamo restaurant that was coordinated directly with the AFL-CIO, UAW and the Democratic Socialists of America.

In April 2011, the ROC, a tax-exempt 501(c)(3) flew its staff to Washington DC to meet with Congressman Miller’s staff and “counter lobby” the National Restaurant  Association, a 501(c)(6).  Previously, the ROC co-signed a letter to the representative in conjunction with labor unions to promote big labor’s legislative agenda.

The sum total of these actions have caused  the U.S. House of Representatives to launch a probe into the controversial labor group’s own practices and tactics of ‘influencing’ targeted non-union restaurants. Congressman Darrel Issa, the Chairman of the Committee on Oversight and Government Reform sent a letter to Labor Secretary Hilda Solis addressing his concerns about the group.

“ROC targets restaurants that it believes have sub-par safety or workplace conditions and demands that the restaurant pay a monetary award. When a restaurant resists these demands, ROC organizes large protests outside the restaurant, harasses patrons who want to enter and eat in the restaurant and even places giant inflatable cockroaches outside of the restaurant,” Issa said in a letter to Labor Secretary Hilda Solis.

Issa said ROC “repeatedly harassed” celebrity chef Mario Batali’s restaurant Del Posto and other eateries in the city — even noting that Batali filed for a restraining order against the group.-NY Post

ROC Miami Chapter Policy Director Jean Souffrant took a few moments to talk to me about the group’s motives and movements. Mr. Souffrant disclosed that ROC has been able to secure the support of Miami-Dade Commissioner Barbara Jordan, and that other Commissioners have shown interest in the group’s intentions.

“Our goal is to visit every commissioner…”-Jean Souffrant, Police Director,ROC

The real question becomes: why are American taxpayers standing idle as President Obama doles out our tax dollars to community organizers across the country to organize activists, lobby elected officials and protest American businesses – all in the service of his anti-business political agenda?