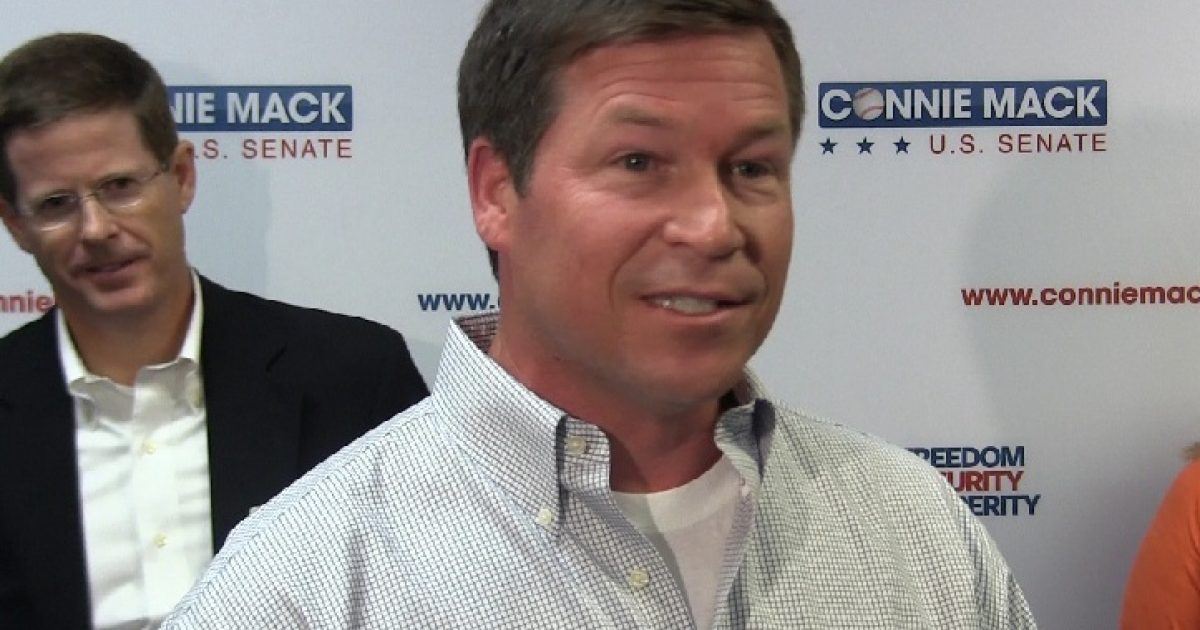 Clearly worried about his prospects for re-election, Democrat Senator Bill Nelson is hitting the airwaves early with the first of what are likely to be many negative attack ad targeting Congressman Connie Mack.  With Nelson unable to cross the 50% threshold in any recent polls and carrying the burden of the Obama agenda around his neck, Nelson is pressed to go negative rather than defend his record against his presumptive general election opponent.

Mack has been leading Nelson in most  recent polling excluding the latest flawed Quinnipiac poll that oversampled Democrats in Florida, and Mack has largely been successful as painting Nelson as a “lock-step liberal” who has supported all of President Obama’s unpopular and failed policies.

“Bill Nelson is doing what every desperate losing candidate does – smears his opponent as hard as he can. After 40 years of being part of the problem, it’s pathetic. “Bill Nelson cast the deciding vote in favor of Obamacare. Also true. Which matters more to voters?  Bill Nelson – Liberal and pathetic.” – Connie Mack for Senate Campaign

Expect this race to get progressively more negative after the primary.  Nelson is in real trouble if his campaign strategy is to go “heavy negative” against Mack, and rest assured, you won’t see any mention of Nelson’s support of the so-called “Stimulus” plan or ObamaCare in any of Nelson’s campaign ads.