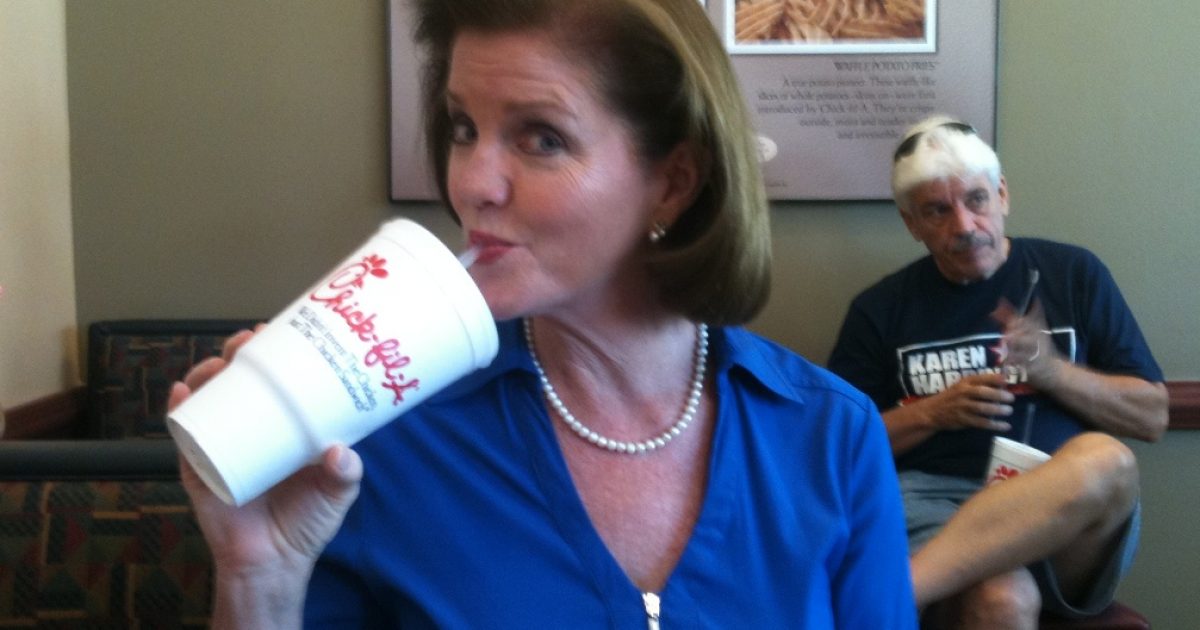 Heeding the call from former Arkansas Governor Mike Huckabee to make August 1st ‘Chick-Fil-A Appreciation Day,’ thousands of Americans have visited their nearest Chick-Fil-A restaurant to lend the chain support after some elected officials have called for a ban of the restaurant after company president Dan Cathy expressed his opposition to same sex marriage.

Cathy made has been at the center of the controversy after stating,”I think that we are inviting  God’s judgment on our nation when we shake our fist at him and say we know better than you as to what constitutes a marriage.”

Congressman Allen West has recently lent his support for the restaurant chain, telling us that ” I love me some Chick-Fil-A.” (Video)

True to form, Democrat National Committee Chairman Debbie Wasserman Schultz said that she was going to keep her kids from eating at the popular eatery.

Congresswoman Debbie Wasserman Schultz’s advocating for the boycott of Chick-Fil-A, puts American jobs at risk in a shameless attempt to score political points. The Congresswoman is trying to deflect attention away from her support of President Obama’s failed economic policy, and the lack of job creation, by using a First Amendment issue to do so.-Karen Harrington