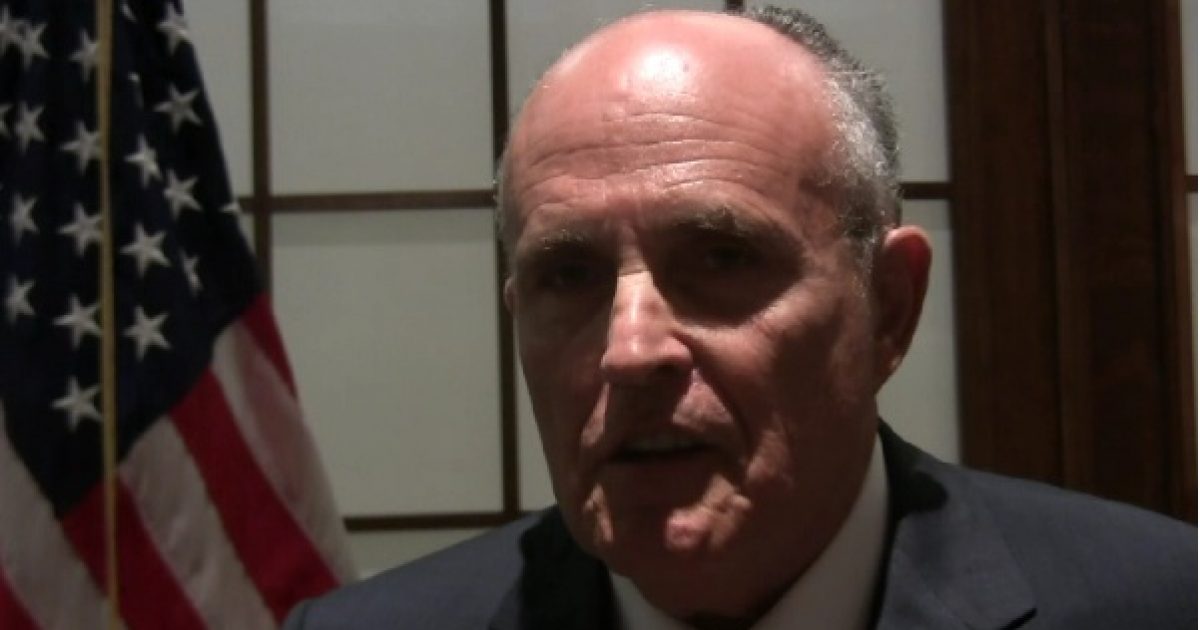 While campaigning for Republican presidential nominee Mitt Romney in Aventura, Former NYC Mayor Rudy Giuliani, who is highly regarding among members of the ‘conservative’ Jewish community, made the case for why Jewish-Americans should vote for Mitt Romney and not President Obama this coming November.

After his address to those in attendance, Mayor Giuliani took  a few minutes to talk to the Shark Tank about President Obama’s position on Israel and the recent disclosure that he will only visit Israel if he is re-elected President.