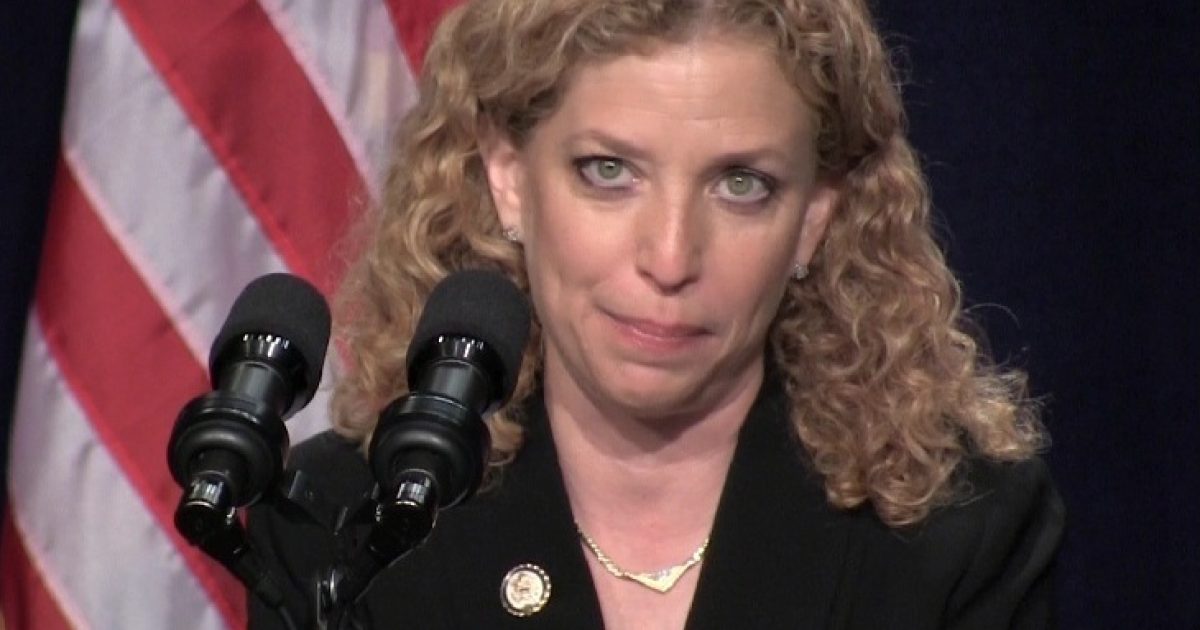 DNC Chair Debbie Wasserman Schultz and President Barack Obama’s re-election campaign team have been waging a coordinated effort against Republican Presidential nominee Mitt Romney by repeatedly casting aspersion on the length of his tenure at Bain Capital as well as the limited disclosure of his past personal income tax returns.

Wasserman Schultz has been relentless in her mocking of Romney’s offshore holdings and tax records even after it was disclosed that she had her own offshore investments including a Swiss Bank Account and holdings in foreign drug companies and the State Bank of India. In a desperate attempt to distract from the president’s record of failure, Wasserman Schultz has tried to paint Romney as a “one percenter” who outsources American jobs overseas and is disconnected from the American people. Wasserman Schultz has even boldly claimed that “I’m a Middle Class American.”

But now the Shark Tank has come into possession of information that has never been publicly disclosed which completely undermines Wasserman Schultz’ credibility as it pertains to her calls for transparency or the claim that she qualifies as “middle class.”

Speaking of “offshore” interests, on 6/9/12 Congresswoman Wasserman Schultz took a one-week cruise aboard the Royal Caribbean ‘Oasis of the Seas’ luxury liner to the Western Caribbean, embarking from Port Everglades, Florida. According to an individual that we’ll simply identify as “Bruce from Weston” who was also on the same cruise along with his family, Wasserman Schultz took the cruise with her husband Steve and three children along with Broward County School Board member Robin Bartleman and her family.

While it shouldn’t be remarkable that Wasserman Schultz and her family took a cruise, the extent of her accommodations are most certainly eye-popping.

The two-story, spiral-staircase ‘Loft Suite’ that Bruce’s son was invited up to was on the 17th deck that overlooked the rear of the ship. According to Royal Caribbean, a 7-Day Cruise for 4 guests ranges from $15,264.08 in the Crown Loft Suite, to $19,364.08 in the Sky Loft Suite. These two types of suites are only found on the 17th Deck. (Source-Royal Caribbean)

So the question begs- how can someone earning a living on a congressional salary afford such a lavish suite on a cruise ship- especially someone who so adamantly claims she is “middle class?” Also take into consideration that Wasserman Schultz’ family was a party of five on board the cruise ship, meaning that they would have been charged an additional $1615 for the fifth guest, bringing the cost of the cruise somewhere between $16,879.08 and $20,979.08.

After the Shark Tank contacted and spoke to a Royal Caribbean sales agent, we were informed that  as per maritime laws enforced by the U.S. Coast Guard, families of five or more that wish to reside in a ‘Loft Suite’ are mandated to upgrade to the Royal Loft Suite as per safety regulations. That brings a one-week excursion in a Royal Loft Suite aboard the Oasis of the Seas for a family of five to $33,151.65, taxes included.(Source- Royal Caribbean Email)

Debbie Wasserman Schultz may be a Member of Congress and the Chair of the DNC, but she’s not the Sultan of Brunei.

So did the Schultz’ pay the full ticket price of the cruise or did they pay for a less expensive boarding arrangement and then receive an upgrade from the cruise ship? If Wasserman Schultz did receive a complimentary upgrade, it’s possible that she would be in violation of the House Ethics Gift Rule. (See- House Ethics Rules)

The possibility also exists that this cruise was paid for by the Democratic National Committee- perhaps this expenditure could be classified as “voter outreach?” If that’s the case, donors to the DNC might want to think twice about contributing hard earned dollars that wind up paying for the ultra-expensive cruises of the DNC Elite.

But that’s not Debbie’s only instance of hypocrisy.

Back on the mainland, Newbury, New Hampshire is a quaint little town that’s located in Merrimack County. According to public records, we’ve learned that Wasserman Schultz owns a second home here along with another land parcel. Based on our own public records search, these assets have never been previously disclosed by Wasserman Schultz.(Update-Wasserman Schultz only  disclosed  the mortgage on the second home in New Hampshire this year, even though there are several mortgages the previous years. If she had a mortgage since 2005, why not disclose it properly as just that, a mortgage. Honest mistake?)

Debbie may not be not running for President, but she is running for federal office. We believe that what’s good for the goose is good for the gander- if you are repeatedly calling for your political opponents to fully disclose their tax returns, Debbie should be prepared to do the same.

To this point, Debbie continues to dodge our request for her tax returns. The question now arises- just what is the Congresswoman hiding?–Karen Harrington

So let’s do some simple math. The Schultz’ 2010 value of their Newbury, NH home is estimated at $503,400, which includes the land and the 3 bedroom structure. When you add the total estimated value of her primary residence in Weston, Florida, valued in 2012 at $409,850, Wasserman Schultz has close to $1 million in total real property.

Combined with her recently disclosed foreign investments and her husband’s undetermined salary at the Community Bank of Broward, can Debbie Wasserman Schultz really count herself as just another “middle class” American who practices full disclosure of her own assets in the interests of transparency?